Film Review: One Falls In The Political Yet Apolitical Genre 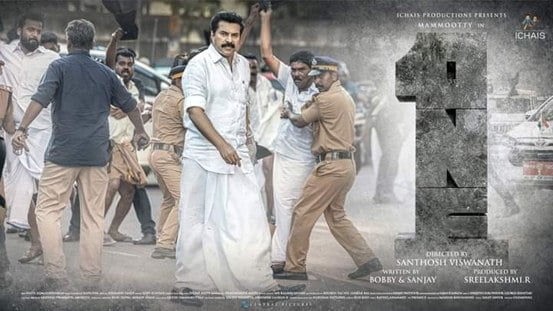 The crucial shift in the ideological matrix of the common man has left many social scientists to rethink the need for a new methodology to understand human sensation to their immediate political atmosphere. It was evidently displayed in the recently concluded elections to some of the state Assemblies in India. The dream of the common man for a better political atmosphere has been brought to the screen many times in Indian cinema. But unlike the films that tend one to look into the allegedly personal life of people in power, as could arguably be seen in Aandhi by Gulzar (1975), to recall one example from the endless list to numerous political dramas produced across the nation. The problem with some of the recent films, which claim to be a part of political cinema, is that they are apolitical. While the search of the common man arguably for better bureaucracy was reflected in many films with police inspectors in the lead role, that for a better judiciary was mirrored in films with lawyers and judges in the lead roles.

The shift in the ideological matrix of the common man that re-wrote the pre-election surveys and debatably expressed the undaunting desire of the common man for better legislature also found its replica on the silver screen. For instance, as can be seen in Madam Chief Minister, directed by Subhash Kapoor (2021). The recent Malayalam film, One, starring superstar Mammootty is yet another recent addition to the category of films that are termed as a part of political cinema but are apolitical.

Santhosh Viswanath, in his film, sketches the politics and governance ideologies of an ideal Chief Minister who relentlessly tries to execute and discharge his duties as envisioned in the Constitution of India. Kadakkal Chandran (Mammootty) plays the role of Chief Minister of Kerala. Even after dedicating more than three decades of his life to active politics, he is still untouched by vices. The unending list of idealistic qualities attributed to Kadakkal Chandran, as a man, who does not seek power for its own sake and is not greedy for it, who does not forget his roots and knows where he comes from, and where he is going to, reminds one of Albert Einstein and his memorable words about Mahatma Gandhi: “Generations to come will scarce believe that such a one as this ever in flesh and blood walked upon this earth.”

Kadakkal Chandran is not portrayed or equated with the Mahatma (Great Soul) in One. He is portrayed as a genuine politician who feels for the masses and wishes to stay connected with them, and understands the dynamics of society. For instance, during the inaugural function, he does not put a student who asks him to give him a haircut in jail. The student meant this comment as an insult to the Chief Minister for being the son of a barber, a fact which was indigestable for many seasoned politicians. But, Chandran wears his history and family legacy as armour, which saves him from tripping on his own ego.

The main narrative of the film starts at the Government Medical College in Thiruvananthapuram, the state capital. Sanal (Mathew Thomas), a college student whose father was treated at the hospital, is beaten by the police as he tries to enter the hospital when the Chief Minister was in the hospital. Agitated over the police action he posts an angry note on Facebook from a fake id, against the Chief
Minister. His post soon became viral, and the opposition takes this as an opportunity to topple Chief Minister. The way he overcomes a social media crisis reveals his straightforwardness.

The director and scriptwriters should have been more focused and should have exhibited more courage to make the film count as a real political film by building on various issues that the film tries to talk about but fails. Being political is a necessity to expose and utilize the power of the medium of cinema.

COVID Positivity Rate In Odisha Likely To Touch 5% In A Week: Health Official

83: A ‘Stroke-less’ Script That May Not Fetch Runs In Box Office