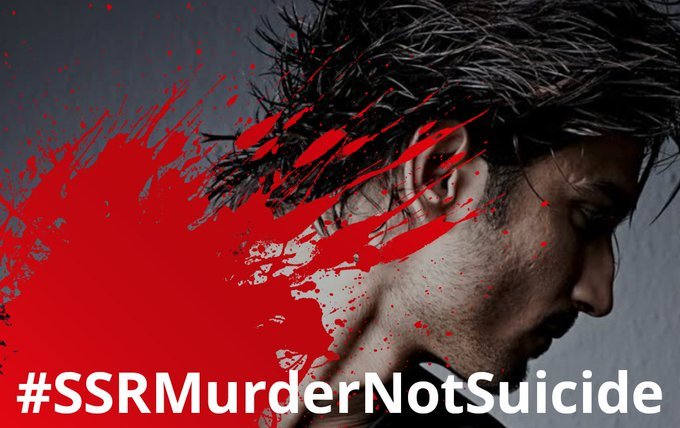 Mumbai: As the Sushant Singh Rajput death investigation has veered into a drug peddling case, fans of the late actor are furious.

On Saturday, #FinalReport4SSR was trending with fans reminding and requesting the CBI to focus on the death mystery instead of the drug nexus in Bollywood.

On Friday, Sushant’s family lawyer, Vikas Singh also expressed their (Sushant’s family) worry. He said, “We have no idea what the CBI has found. If CBI has not found anything, ED cases would fail too. They have to quickly clear their stand, the speed is worrying us.”

Earlier, Singh had hinted at a possible murder. He said, “Back then AIIMS Doctor told me that Sushant’s death was 200% death by strangulation”. However, AIIMS quashed such a report saying that the investigation on forensic reports was still on and it can’t be concluded as murder as of now.

With the recent happenings, it wouldn’t be wrong to say that #JusticeForSSR has been sidelined and focus has shifted to the involvement of more and more celebrities in the alleged Bollywood drug-nexus. And fans and family members of the late actor are concerned.

CBI shouldn’t just sit & wait for #FinalReport4SSR to be out! They should focus on circumstantial evidence & the main suspects in SSR’s house on June 13th-14th, which means custodial interrogation of all of them! Why no NARCO test done still? #CBIFocusOnMurder

#CBIFocusOnMurder#FinalReport4SSR
1.33 Bilion eyes are watching you CBI .
Don't Dare to Missguide Murder case of SSR. like Mubai police and Maha Government did.
Don't underestimate the power of People.Justice for sushant is Global Demand.@PMOIndia pic.twitter.com/g7f69gDnvh

Media was already sold out!

Do we asssume that @Swamy39 @narendramodi @AmitShah are also sold out?

Please don't prove those people right who say that there is always a backdoor deal in such cases!#FinalReport4SSR #CBIFocusOnMurder https://t.co/iwWwM0xawu

My Creative Work Lies Here In This Land Of Odissi: Pravat Kumar Swain