My Creative Work Lies Here In This Land Of Odissi: Pravat Kumar Swain 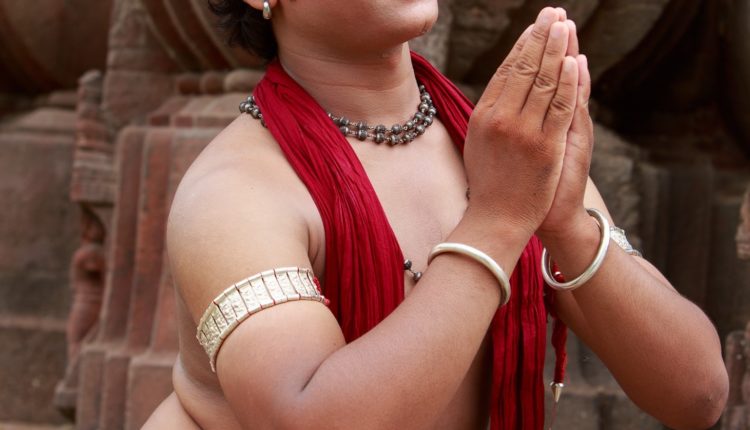 In 2001, a 15-year-old Gotipua dancer from Dimirisena village of Puri district arrived in Bhubaneswar — his first ever trip beyond the boundaries of his village — to take admission into Utkal Sangeet Mahavidyalaya, Odisha’s premiere college of performing arts, as a student of Odissi dance.

Barely four years later, even before he had been to any city in India, he took off for Canada to dance in a prestigious festival. And before he completed his post- graduation, he had already performed in China, Malaysia, Indonesia, Vietnam and Singapore.

The budding dancer further fetched the State and National Youth Award for Odissi dance apart from the prestigious Nalanda Nritya Nipuna Award from Mumbai during this period. 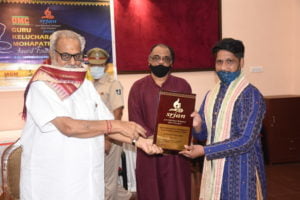 The latest feathers in his cap have been the Nalco Kharavela Award for Odissi dance last year followed by Guru Kelucharan Mohapatra Yuva Prativa Puraskar that the Odisha Governor conferred on him earlier this month.

He is Pravat Kumar Swain, the young achiever who has emerged as a potential dancer-choreographer-trainer and dance promoter who made Bollywood celebrity Kareena Kapoor fall in love with Odissi at the Dance India Dance reality show last year.

Excerpts from an interview:

Why did you decide to be a dancer?

I am from Dimirisena village that is known as the birth-place of Gotipua dance. As per tradition, Gotipua dance has been a daily ritualistic service offered at the Balunkeswar temple at our village. Thus, it is natural for many of the boys of our village and even of neighbouring villages to be offered as Gotipua dancers to the temple. Eminent Odissi Guru Gangadhar Pradhan, who is known worldwide, was also a Gotipua dancer at this temple. Dance was my natural choice as a career. 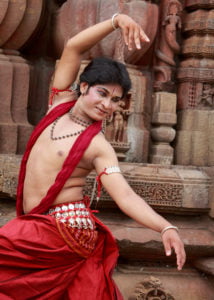 You studied Odissi dance for nearly 10 years in Bhubaneswar. Could your family afford this? There must have been much struggle to survive in the city as a student of Odissi and a male Odissi dancer as well.

I was from a farmers’ family. We were five brothers. So my family did not have enough resources to fund my studies. I was getting a monthly money order of just Rs 200 with which I was just surviving. Initially, I had to walk for nearly 10 kilometres daily to attend my college for one year till one of my seniors offered me his cycle.

However, after two years, Guru Gangadhar Pradhan got to know me as a former Gotipua dancer from the village where he had grown up and offered me free accommodation, food and teaching at his Orissa Dance Academy. He also arranged a tuition for me from which I could earn Rs 300 per month by teaching dance. I had to struggle a lot then and I am still struggling even after 20 years to earn a livelihood. But, the joy of dancing keeps me going on. I never regret my decision to be a dancer.

Why did you leave Orissa Dance Academy (ODA) that offered you a secure shelter for nearly 15 years?

If I am anyone today, the credit goes entirely to ODA. While Guru Gangadhar Pradhan offered me the secure shelter, Guru Aruna Mohanty, my mentor, groomed me as a professional dancer. Because of her, I could tour 10 countries and perform at many prestigious platforms in India and abroad. I have also received much encouragement and support from my elders at ODA.

But, I also wished to grow in my career. I wished to grow as a solo dancer, to get into choreography and also to promote budding and struggling dancers. Thus, I decided to be independent and have my own institution. I founded Nrutya Naivedya dance centre that is imparting free-of-cost training to 25 dancers and hosting an annual festival for young Odissi dancers. Seven financially weak but talented male dancers are staying with me at my institute. I am taking care of their needs from my earnings.

I have done choreography of 32 dance productions since I started my independent career. I could also perform as a soloist at various festivals including Sydney dance festival in Australia.

How was your experience with the reality shows? Do such shows help classical dance?

My intention behind joining reality shows was to highlight Odissi dance. People associated with such shows used to talk about Bharatnatyam and Kathak but never about Odissi. My troupe participated in two shows – Dance Plus hosted by Star Plus and Dance Indian Dance (DID) on Zee TV. We went up to the Top-12 level in DID after competing among over 1,000 groups.

Kareena Kapoor attended one of the episodes and was very impressed with our show. “I would wish my kids to watch such shows,” she complemented. She also enquired from us about Navarasa (nine emotions) and hand gestures in Odissi. That was the best reward for us and for Odissi. We spent three months in Mumbai for the show that helped us to know many people associated with dance and entertainment. We got a number of offers from big shows to present Odissi in some cities across India.

You said you are still struggling for an assured livelihood as a dancer even after 20 years in to your career. Does this not worry you over your future?

When I left my village, my only dream was to be a dancer. These 20 years of life has been, more or less, an adventure for me. I am thoroughly enjoying my experiments and adventures as a dancer despite the insecurities associated with this profession. Some of my colleagues preferred to earn money. So they went abroad as dance trainers while I declined to leave my roots in Odisha. They are leading a secured life now. But, in the process they have missed their careers as performers and choreographers.

I believe in “Where there is a will, there is a way”. I begin my day daily with a prayer that I should be able to earn that much which would enable me to continue my creative work here in the land of Odissi. It is better to remain creative amidst financial insecurities than to lose creativity for security.

After 16 Years In Jail, Man Acquitted Of Murder Charge By Orissa HC