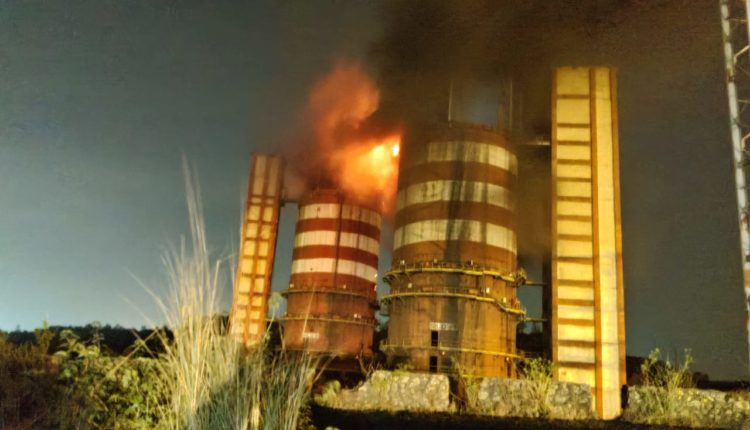 Angul: A fire broke out at Coal Handling Plant (CHP) and Silo of Mahanadi Coalfields Limited (MCL) at Bharatpur in Talcher of Angul district late on Tuesday.

According to sources, the employees on duty spotted the fire which had engulfed a belt connected to the Silo. They acted immediately and stopped the belt to control the fire. But, the belt worth lakhs of rupees was reduced to ash in the incident.

On being informed, fire services personnel reached the spot and brought the flames under control.

Though the exact cause of the fire is yet to be ascertained, a short circuit is suspected to be the reason.

Heavy To Very Heavy Rainfall To Resume In Odisha, Check The Districts Under Orange…