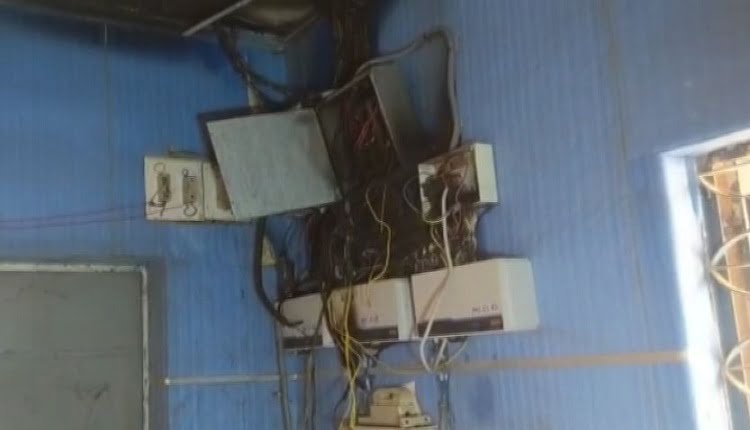 Khurda: A massive fire broke out at the Prananath Autonomous College in Khurda district on Thursday morning during evaluation of Plus II examination answer sheets.

No damage or casualties were reported in the fire. Sources said the fire broke out while teachers were evaluating Plus-II answer sheets. On being informed, fire personnel reached the spot and doused the flames.

Though the exact cause of the fire is yet to be ascertained, it is suspected that a short circuit might have caused it, sources said.