Fire Breaks Out At Sanskrit Dept Building Of Utkal University 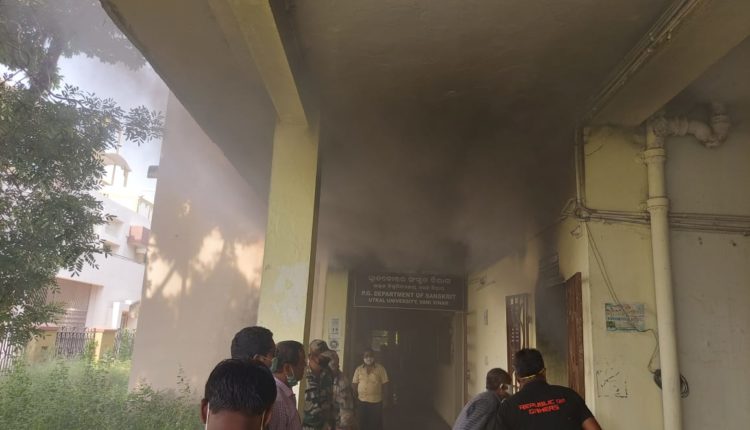 Bhubaneswar: A fire broke out at Utkal University in the Odisha capital on Tuesday afternoon.

According to sources, some locals spotted smoke emanating from a block of the Sanskrit department building and informed the varsity authorities and also the fire brigade.

Fire services personnel have reached the spot to douse the flames.

Though the cause of the fire is yet to be established, it is suspected to have been caused due to an electrical short circuit. There has been no report of any injury in the incident so far. Several important documents are, however, feared to have been reduced to ashes in the fire.

Call Of The COVID Pandemic: A Bio Bubble For Rath Yatra In Odisha’s Puri