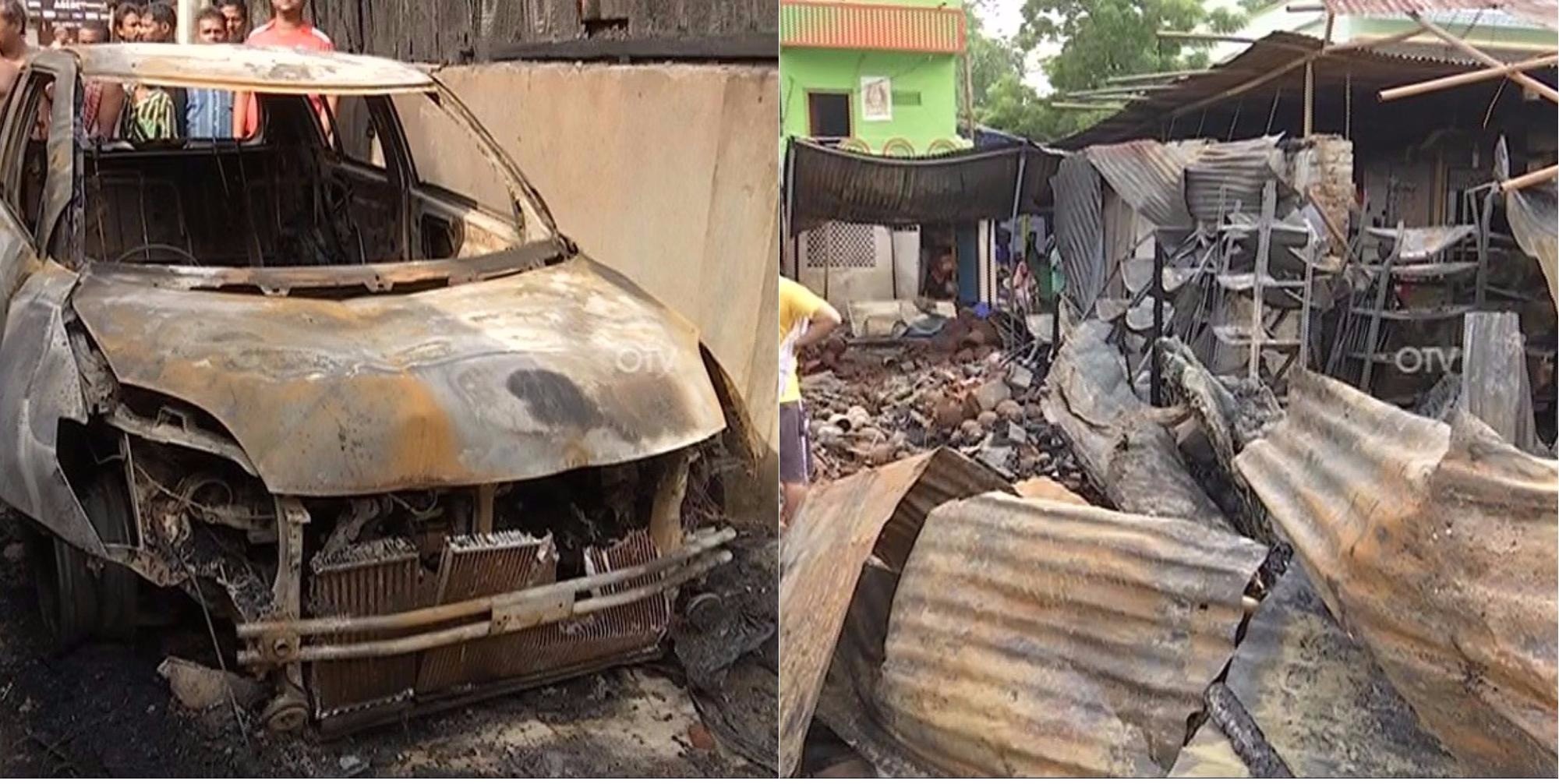 Cuttack: At least two shops and two cars were gutted after a major fire broke out at a market place near Ravenshaw University in Cuttack late on Wednesday night.

According to police sources, the blaze started from a shop selling plastic items at around 1:30 am and spread to another shop. Property worth lakhs of rupees was reduced to ashes.

“An electrical short circuit could have led to the fire, but the exact cause is yet to be ascertained. After getting information regarding the mishap, fire personnel rushed to the spot and started operations to souse the fire that was rapidly spreading to other shops. There was no report of loss of life or injury to anyone in the incident,” a police officer said.