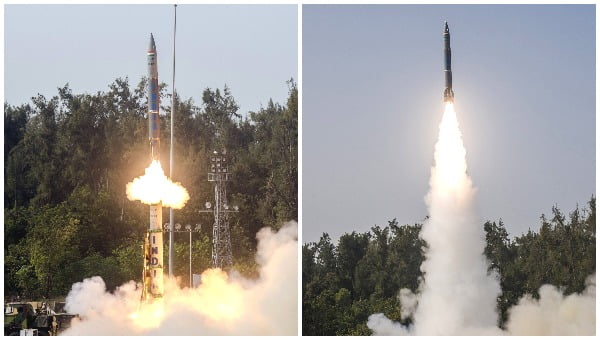 The missile, which was launched from the APJ Abdul Kalam Island around 10.30 am, met all the mission objectives, DRDO sources said.

The new missile followed the desired quasi ballistic trajectory and reached the target with high degree accuracy, validating the control, guidance and mission algorithms. All sub-systems performed satisfactorily. The sensors deployed near the impact point across the eastern coast, including the downrange ships, tracked the missile trajectory and captured all the events, the sources added.

Pralay, developed by Defence Research Development Organisation, is a 350-500 km short-range solid-fuel, battlefield missile with a payload capacity of 500-1,000 kg. It is based on Prithvi Defence Vehicle from the Indian ballistic missile programme.