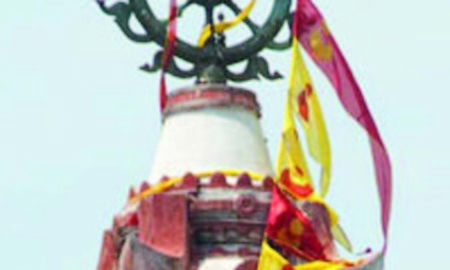 Puri: The flag atop the Jagannath Temple here was blown away as rain accompanied by strong wind lashed Pilgrim Town on Thursday morning.

The servitors later fixed another flag to the Nilachakra (metal wheel) of the 12th century shrine.

On Wednesday, the temple authorities had replaced Patitapabana Bana (holy flag) with a smaller flag, following IMD forecast that cyclone Fani may make landfall near Puri on May 3.

Meanwhile, the district administration has started evacuating people from seaside areas to safe places. Special OSRTC bus are being run for safe return of tourists. The East Coast Railway has also started three special trains to evacuate those stranded in the Pilgrim Town.

What To Do, What Not To Do During Fani