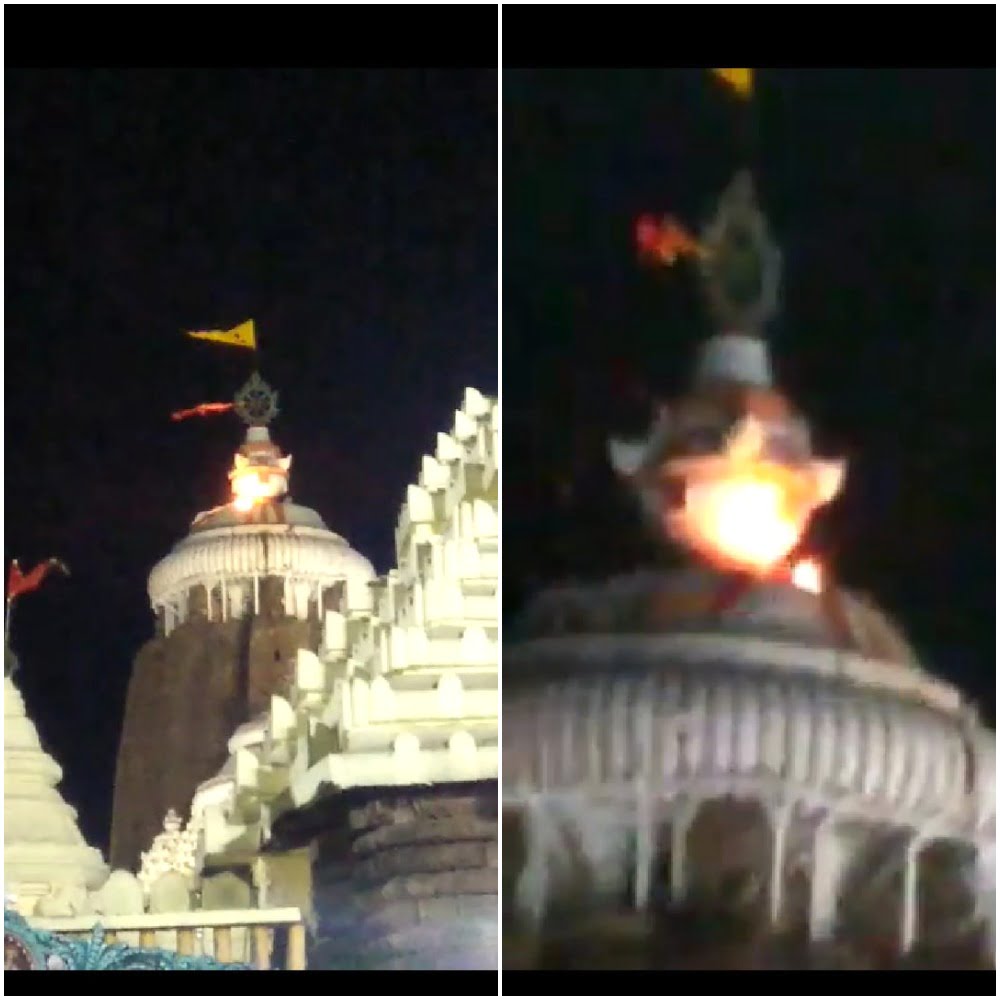 Puri: A flag atop the Jagannath Temple here caught fire on Thursday evening, fuelling fears that it was ominous amid the coronavirus threat.

Temple servitors said one of the flags fluttering on top of Neela Chakra (blue wheel) of the 12th century world-famous shrine caught fire from a lamp that was placed near it. The flag tied to the metal wheel was reduced to ashes.

This is being claimed to be the first instance in living memory when such an incident has been reported. “There have been quite a few occasions when the flag has got detached from the metal wheel, but such a fire incident had not taken place earlier,” claimed a servitor.

Locals watched the sight with apprehension
and caught the burning flag on their cameras, even as discussions that something ‘bad’ was going to befall were heard in the pilgrim town.

13 Killed In Lightning Strikes In Odisha