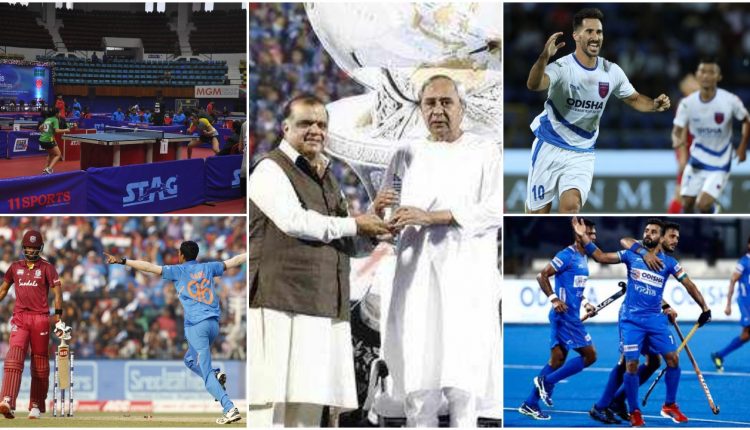 2019 was a complete package when it came to sports in Odisha. There was cheer for new records and aghast over fallen heroes. The year saw Odisha achieving new milestones while emerging as one of the best global sporting venues.

With 2023 Men’s Hockey World Cup in its kitty, the state now eyes to build world-class infrastructure so as to possibly vie for 2032 Summer Olympics. Next year, it would host FIFA U-17 Women’s World Cup India 2020, the cornerstone event for women’s football in the country.

It was not without reason that it was adjudged the Best State Promoting Sports at the FICCI India Sports Awards 2019.

In 2019. Odisha again proved its mettle by getting the Kalinga Stadium ready in time to host the FIH Series Finals in June after it was hit by Cyclone FANI in May this year. In November, Odisha hosted FIH Hockey Olympic Qualifiers at Kalinga Stadium in Bhubaneswar.

Besides, the year saw some other successful events including Indian Super League 2019, AIFF 4-Nation Women’s Hero Gold Cup 2019, and 21st Commonwealth Table Tennis 2019 at Jawaharlal Indoor Stadium in Cuttack from July 17 to 22. The venue, which was also affected in the cyclone, was given a complete make-over in record time to host the international event.

The official sponsor of national hockey squad, and owner of Kalinga Lancers (hockey team), Odisha also entered the Indian Super League in September 2019 with Odisha FC (formerly Delhi Dynamos), which is probably the only franchise to have the full backing of a state government. The logo of Odisha FC embodies the heritage and the culture of the state of Odisha and the vision and the ideology of its parent company, GMS. After playing nine matches outside the state, Odisha FC finally got to play in the home venue, Kalinga Stadium, on December 27, giving Odisha the much-awaited ‘Ama Team Ama Game’ moment.

The icing on the ‘sporting’ events was the final of the three ODI series between India and West Indies at Barabati Stadium in Cuttack on December 22. After almost three years, Odisha got to cheer for the Men in Blue and Barabati remained the favoured fortress for Team India as it clinched the series with four-wicket win in the decider.

Annual Plus II Exam In Odisha From March 3