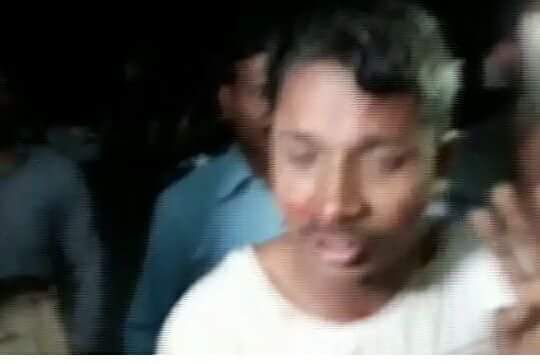 New Delhi/Bhubaneswar: The Odia youth, who died after a self-immolation bid during anti-Citizenship Amendment Act (CAA) protests in New Delhi on December 18, was the same person who had hurled shoes at Chief Minister Naveen Patnaik during an election campaign at Kumbhari village for the Bijepur bypoll in Bargarh district last year.

Here were are talking about Kartik Meher, who was a native of Budhapali village near Padampur area in Bargarh district.

The 25-year-old succumbed to 90 per cent burns three days after the incident at India Gate while undergoing treatment at Dr Ram Manohar Lohia Hospital in New Delhi. Delhi police and a spokesperson of the Union Home Ministry had earlier denied any link between the self-immolation bid and the protests against the amended citizenship law, stating that he was mentally unstable.

He was reportedly cremated in New Delhi after his family had failed to bring his body to Odisha.

Padampur SDPO Pradip Kumar Sahu said that they have not received any official communication from their Delhi counterpart on Meher’s death.

In 2018, Meher was seen seated in the first row of the public meeting being addressed by the Chief Minister.  It was February 20. The youth hurled shoes at Naveen as he was about to wrap up his speech. The first flew close to the Chief Minister’s face while the second was deflected by his security guard on the dias.

Following the incident, police and other security personnel present at the spot immediately caught hold of the youth and took him into custody.

Meher was allegedly thrashed by BJD activists and local villagers and later admitted to Barpali hospital. He had then denied affiliation with any political party.