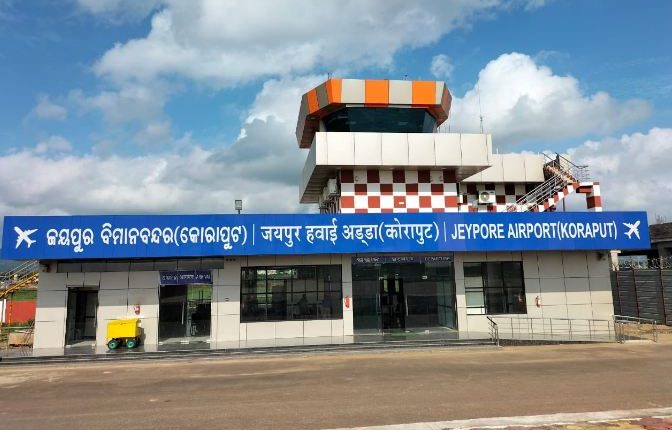 Bhubaneswar: Scheduled flight operation from Jeypore airport in Odisha’s Koraput district is expected to begin soon as all the required infrastructural facilities are now in place, reports said.

The airport is ready and an airline is also ready to begin flight operations from the airport located in south Odisha once the requisite license is obtained for the purpose, according to official sources.

The state will have great hinterland air connectivity after obtaining the requisite license for launching flight operations from Jeypore, they said.

In a Twitter post, the state’s Commerce and Transport department said, “Big news! #Jeypore airport is ready with full compliments and application made for requisite license scheduled airline operation. #IndianOne airline is ready and once the airport license is issued, #Odisha will have great hinterland connectivity.”

It may be noted here that a team of the Directorate General of Civil Aviation (DGCA) visited Jeypore airstrip in July, 2022. The three-member team had raised some issues relating to safety and security of the runway and sought an early compliance by the district administration before according final permission for flight operations, they said.

The team along with district officials had reviewed the runway, protection wall, peripheral security of the airport, passenger safety, technical instruments and other facilities.

The Central team included two deputy directors from the DGCA headquarters in New Delhi and another official from the eastern region.

Of the five airstrips of Odisha included in the UDAN scheme in 2016, Jharsuguda airport has been operational since 2018 and airstrips at Rourkela, Jeypore, Utkela and Rangeilunda were under different stages of development. Now, Jeypore is ready for flight operations.