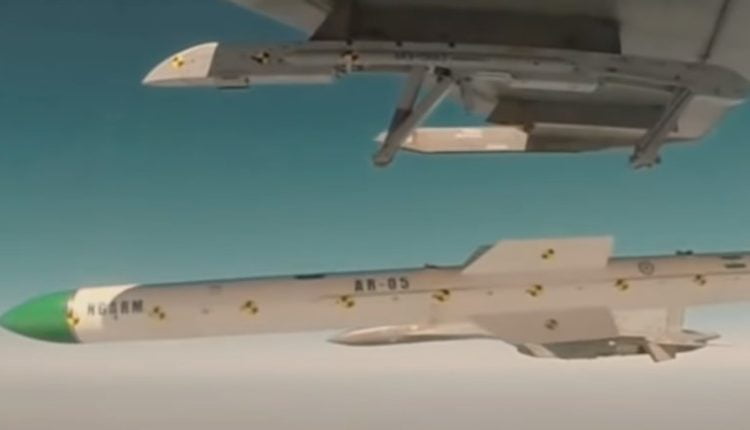 Rudram-1, India’s first indigenous missile, has been developed by the Defence Research and Development Organisation (DRDO). It is integrated on SU-30 MKI fighter aircraft as the launch platform, having capability of varying ranges based on launch conditions. It has INS-GPS navigation with passive homing head for the final attack.

The air-to-ground missile with a strike range of 100 to 150 km can take down enemy radars. It weighs 140 kg and is powered by a dual-pulsed solid rocket motor.

The Passive Homing Head can detect, classify and engage targets over a wide band of frequencies as programmed. The missile is a potent weapon for Indian Air Force (IAF) for suppression of enemy air defence from large stand-off ranges.

Union Defence Minister Rajnath Singh congratulated the DRDO on success of test-fire of the missile.

Gujarat Bans Garba Events During Navratri Due To COVID-19 Pandemic