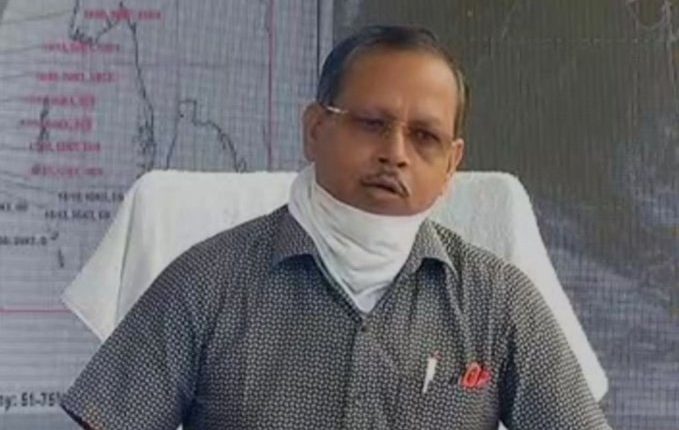 Special Relief Commissioner (SRC) Pradeep Jena informed that Jharkhand released 7,312 cusecs of floodwater of Subarnarekha river through 16 gates of Galudiha barrage at 6 am on Thursday. Following this, Rajghat in Balasore district will receive around 8,000 cusecs of water per second by 6 am on Friday, the SRC said.

Jena also informed that the water level of Subarnarekha was flowing at a height of 49.30 metres at Jamsolaghat as against the danger level of 49.15 metres.

In view of the flood in Subarnarekha, the Balsore district collector has been asked to keep a vigil on river embankments to ensure that there is no breach at any place. If necessary, the district administration will shift residents of riverside villages to safer places, he added.

The SRC also said that apart from Subarnarekha, the water level of Budhabalanga river was also flowing at a height of 8.18 metres as against the danger level of 8.13 near NH-5.

Mentioned hereunder is the water level of the major rivers in Odisha at 9 am on Thursday. 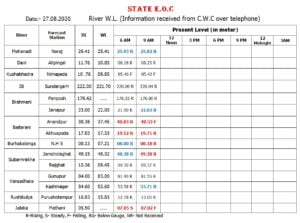