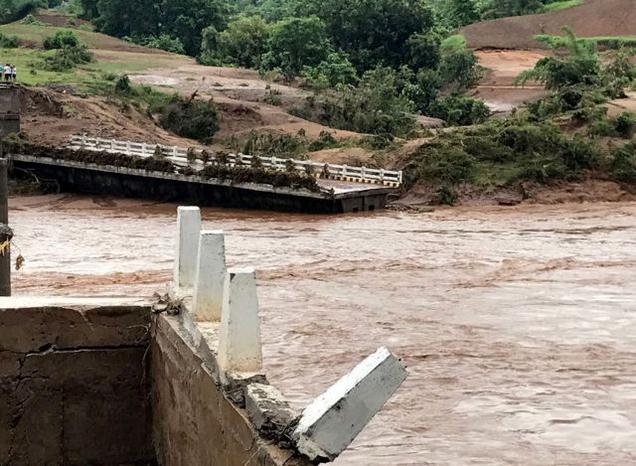 Bhubaneswar: Flood threat loomed large as major rivers in the state continued to flow above the danger mark at several places.
The Baitarini river was flowing at 39.120 metres as against the red mark of 38.360 metres at Anandpur in Keonjhar district. As a result, more than 10 villages and agricultural land under Ayatpur and Shankarpur panchayats in the district were inundated with water entering even the agricultural fields.
With the rise in water level of Subarnarekha river, a flood-like situation stares at Bhograi, Baliapal, Jaleswar and Basta.
However, water level of these river has receded at Rajghat in Balasore and Akhuapada in Bhadrak respectively, sources said.
Meanwhile, two sluice gates of Hirakud Dam was closed on Wednesday. The flood water is now being released through eight gates.
On the other hand, four sluice gates of Rengali Dam in Angul district have been opened for releasing the flood water. The dam was receiving 3, 121.45 cusecs of water per second, while 2, 329.17 cusecs of water per second was being released.