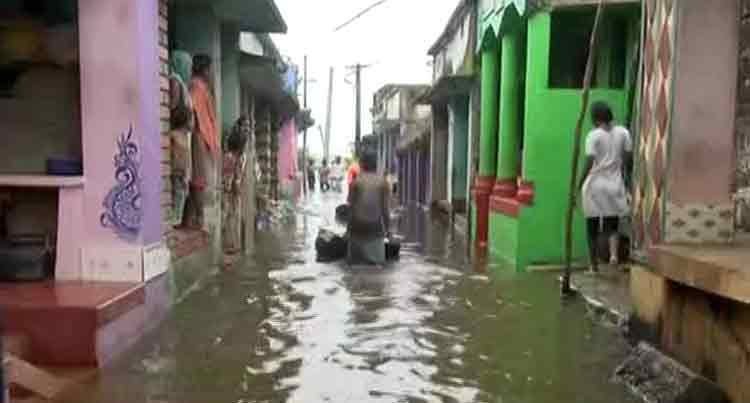 Khurda/Puri/Cuttack: With the Mahanadi continuing to swell, flood situation in three coastal districts of Odisha has further worsened.

In Khurda district, floodwater of Rajua, the tributary of Daya river, entered several villages of Orabara Sing, Dihakhala, Manapur, Orami and Rayapur panchayats. Road links to these villages have been cut off for last five days. The affected villagers have alleged that they are yet to receive any relief from the district administration.

In Puri district, six panchayats of Kanas block have been marooned by the floodwater of Daya, Luna and Makara rivers. Besides, Balipatna and Dokanda villages are cut off from the rest of the world by the swirling floodwater of Makara river.

In Banki sub-division of Cuttack district, the backwater of Mahanadi entered through Ranasankha nullah, submerging hundreds of hectares of paddy fields in Bilipada panchayat. Road communication between Bilipada and Similipur has been disrupted with floodwater flowing over Kaiyan Nullah bridge.

After FM’s Auto Slump Remarks, Millennials Strike Back With #SayItLikeNirmalaTai