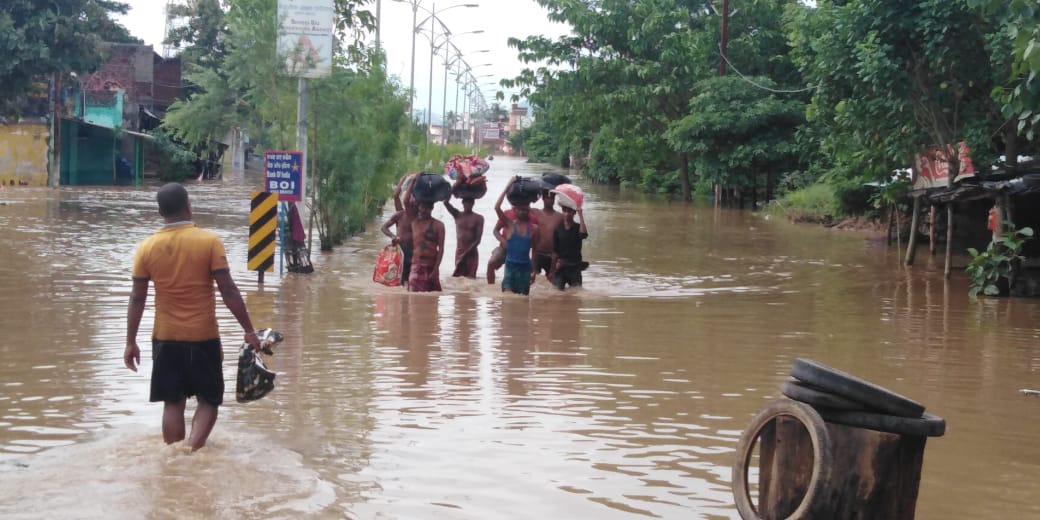 Cuttack:  Road communication in some parts of Banki block in the district has been disrupted by the floodwater of Mahanadi.

According to reports, the communication from Banki to Talabasta and Balipada panchayats has been snapped as the floodwater was flowing at a height of 4 feet on the road. Hundreds of acres of paddy and vegetable fields have been submerged by the floodwater.

Briefing the media on Tuesday, Engineer-in-Chief, Water Resources Jyotirmay Rath said this is for the the first time in the season that the floodwater of Mahanadi has entered some areas.

Stating that the water level of Mahanadi has gone up in the lower catchment areas due to the release of floodwater from 18 gates of the Hirakud dam, he ruled out possibility of flood as there has been no rainfall in the upper catchment areas of the river in Chhattisgarh in the last 24 hours.

Speaking on the overall situation in the state, Rath said despite heavy rainfall in Jagatsinghpur, Jajpur and Kendrapada districts, there is no flood situation as the water level of Brahmani, Baitarani and Budhabalanga rivers has remained below the danger mark.

Barring Jalaka river, which is now flowing over the danger mark at Mathani in Balasore district due to heavy rainfall in the upper catchment areas, there is no flood situation in any river in the north Odisha districts.