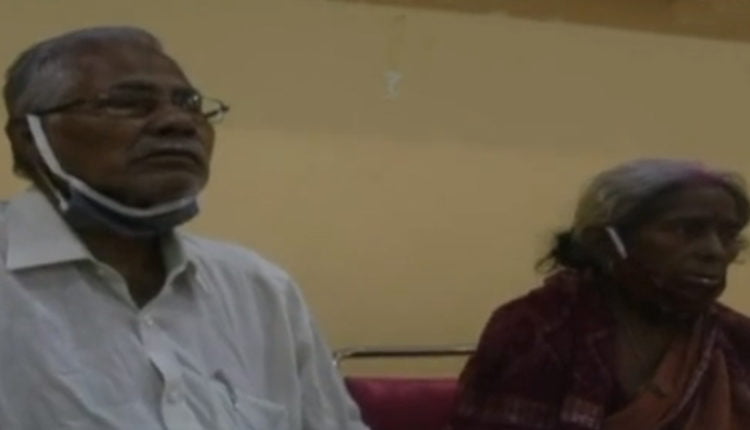 Bhubaneswar: An elederly couple and their daughter-in-law in the city traded charges of harassment against each other before the media on Tuesday.

Fakir Charan Mahol and his wife of Jharpada area alleged that their daughter-in-law Sanjukta Mahol was harassing them and trying to usurp their property illegally.

Fakir Charan said Sanjukta had attacked them on October 20 last year. “After she tried to kill me, we filed an FIR. But, she managed to influence the police not to take any action,” he said.

Refuting the allegations, Sanjukta accused her father-in-law of trying to deprive her of the property. She had married Fakir Charan’s son Ranjeet Mahol in 1992.

She said Fakir Charan had gone to jail after the previous wife of Ranjeet accused him of raping her. She had married Ranjeet after he divorced his first wife.

Though they have two children from the marriage, Ranjeet left her to run away with another woman, Sanjukta said.

“I am a 29-year-old mother of two children. My husband has left me for another woman for which I have filed a case. How would I survive if I am not given any rights to the property,” said Sanjukta before the media.