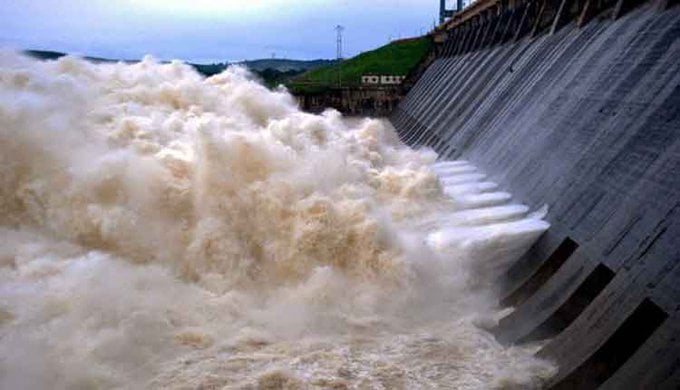 Sambalpur: With the floodwater of Mahanadi nearing the full reservoir level (FRL), the dam authorities opened two more gates on Tuesday to maintain the water level of the reservoir as per the rule curve.

Notably, the dam authorities had opened six more gates on Monday to release the floodwater as the water level went up to 629.52 feet against the FRL of 630 feet.

Chief Engineer of Hirakud Dam, Anand Chandra Sahu said that although there is less inflow of floodwater to the dam due to less rainfall in the upper catchments, the decision to open more gates has been taken to maintain the water level under the FRL to ensure safety.