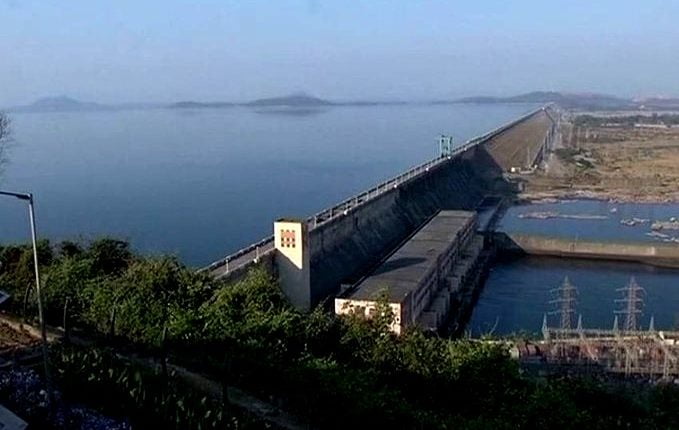 Odisha is bracing for a medium-level flood situation in the Mahanadi river system following heavy rainfall in the upper catchment areas in Chhattisgarh and an increase in the water level of Hirakud Dam.

Currently, 9,80,000 cusecs/second floodwater were flowing into the barrage till Sunday morning. Within 24 hours, it has risen by 100,000 cusecs of water in the Mundali River.

On the other hand, 4,86,471 cusecs of water entered Naraj in Cuttack. The floodwater in the river near Cuttack’s Jobra is approaching the danger mark. The water level in the dam recorded was 21.90 feet against the optimal storage capacity of 21.94.4.

It may be recalled that following the huge flow of water into the reservoir, 46 sluice gates of the dam were opened on Saturday. The water level in the dam recorded was 627.85 ft against the optimal storage capacity of 630 ft.

The average inflow and outflow of water were recorded at 8,25,98 cusecs/second and 7,64,479 cusecs/second, respectively.

Man Caught On Camera Hitting Doc With Slipper In Odisha

After 20 Yrs With Maoists, Couple Sells ‘Gupchup’ For Livelihood In…