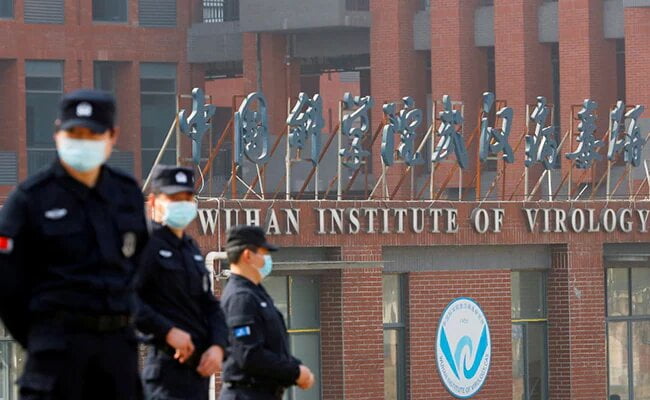 Even as the world battles the deadly Coronavirus for the second year in succession, questions on the ‘accidental’ Wuhan Lab leak are not going away. There has been a lot of speculation on what exactly happened in Wuhan in 2019-end, some of it is based on facts and some on research and reporting. Scientists and researchers are of the view that unless the origin of the SARS-CoV-2 virus is known, there is no way countries can protect their people. In all this, apart from rebuttals, nothing has come out of the horse’s (China’s) mouth.

Now, fresh information disclosed by U.S. intelligence that three researchers working at a Wuhan virology lab were hospitalised with COVID-like symptoms weeks before the first COVID-19 case was confirmed in China on December 8 has again raised questions on the origin of the pandemic. The report, obtained by Wall Street Journal, gives new details on the number of researchers affected, the timing of their illnesses, and their hospital visits.

Meanwhile, China’s Foreign Ministry said that the U.S. continues to hype the lab leak theory.” In its statement, the Foreign Ministry pointed to the March findings from WHO saying it was “extremely unlikely” that COVID-19 originated from a lab leak and that it was instead more likely the virus spread from bats to humans, WSJ reported.

It may be recalled that after the report was released, WHO head Tedros Ghebreyesus called for a deeper investigation on the matter, saying the probe didn’t adequately assess the possibility of a lab leak. In January this year, WHO experts also visited the Wuhan Hospital, which admitted the first batch of COVID-19 patients.

The U.S. and China have been locked in a verbal duel over the origins of the virus. America’s top public health expert Dr Anthony Fauci said he is “not convinced” COVID-19 developed naturally, and called for an open investigation into the virus’ origins. Asked during an interview if he is still confident that the virus developed naturally, Fauci said, “No actually. I am not convinced about that, I think we should continue to investigate what went on in China until we continue to find out to the best of our ability what happened.”

A report in Fox News quoted Fauci as saying, “Certainly, the people who investigated it say it likely was the emergence from an animal reservoir that then infected individuals, but it could have been something else, and we need to find that out. So, you know, that’s the reason why I said I’m perfectly in favor of any investigation that looks into the origin of the virus.”

Calling for an investigation into what went on in China, he said that he does not have any accounting of what the Chinese may have done but he is in favour of further investigation.

Secretary of State Antony Blinken too, had condemned China last month for its lack of transparency during the pandemic’s early days, saying the country failed to give international health experts real-time access to information about the virus’ spread and urging the country to help put in place a stronger global health security system to revisit the pandemic’s origins.

Not commenting on the WSJ report based on the U.S. intelligence report, a National Security Council spokeswoman was quoted as saying by Reuters that the Biden administration continued to have “serious questions about the earliest days of the COVID-19 pandemic, including its origins within the Peoples Republic of China.”

The U.S. government was working with WHO and other member states to support an expert-driven evaluation of the pandemic’s origins “that is free from interference or politicization.”

“We’re not going to make pronouncements that prejudge an ongoing WHO study into the source of SARS-CoV-2, but we’ve been clear that sound and technically credible theories should be thoroughly evaluated by international experts,” she was quoted as saying.