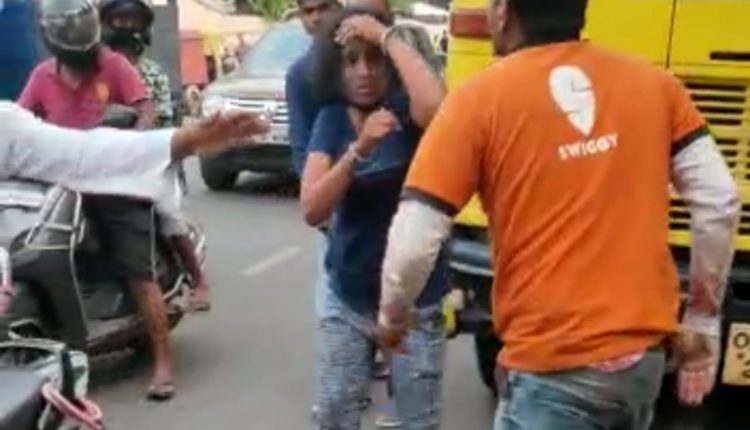 Bhubaneswar: Tension prevailed for some time at IG Park, here, as a young girl was beaten up by a delivery boy of an online food booking platform on Tuesday evening.

As per the video of the incident, which has gone viral on social media, initially, the girl was engaged in a fight with a man following a dispute in the park. As she was scolding and beating up the man, some park visitors gathered there and tried to stop the fight.

Enraged with some people recording the incident on their mobile phones, the girl charged at them and tried to snatch their phones. Meanwhile, the delivery arrived there apparently to give some food ordered by the girl.

When he tried to pacify the girl, the latter got infuriated and started scolding him. It led to a heated exchange of words with the girl abusing the boy with foul language.

Enraged over the girl’s behaviour, the boy started beating her up. He was found slapping, punching and kicking the girl in the video.

Finally, the locals and some senior citizens interfered in the matter and pacified the fighting delivery boy and girl. On being informed, the police also arrived at the spot. But, neither the girl nor the boy has filed any complaint with the police.