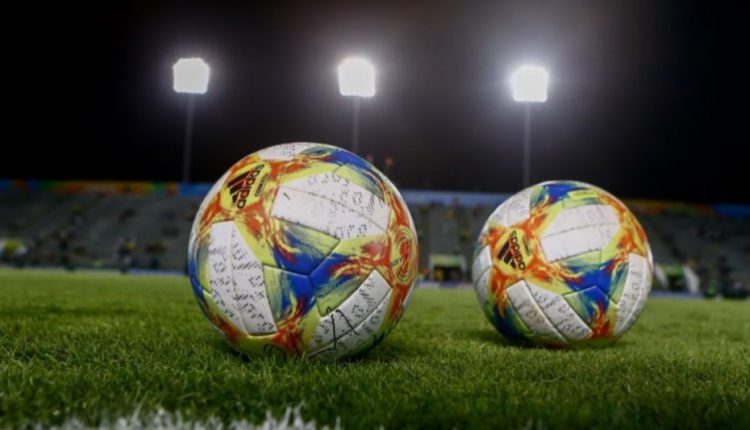 Bhubaneswar: Ahead of twin elections in 2024, ‘football politics’ has warmed up the politicosphere in Odisha with BJD government in the state and BJP-led government at the Centre announcing grand plans for promotion of soccer on the eve of FIFA Under-17 Women’s World Cup which kicked off at Kalinga Stadium in Bhubaneswar on Tuesday.

Union Education Minister Dharmendra Pradhan set the ball rolling on Tuesday when he said football would be promoted among school students across the country in a big way. Speaking to media persons after launching ‘football for schools’, Pradhan said schools in around 700 districts would be brought under the new scheme to meet the objectives of National Education Policy-2020.

Stating that it would promote sports culture among the students, the Union Minister said the scheme would be implemented in close coordination with FIFA, Unesco, All India Football Federation (AIFF), Education Ministry and Ministry of Youth Affairs and Sports.

Under the scheme, each of the 10,000 schools in 700 districts would be provided 100 footballs, he said, adding, Navodaya Vidyalaya Sangathan would operate as the central coordinating authority.

The BJD government in Odisha, which has drawn the attention of global sports fraternity as host of the Men’s FIH Hockey World Cup in 2023, has been announcing massive projects in sports, be it infrastructure facilities of world standard or rewards worth crores of rupees for achievers in different games.

After earning kudos for promotion of hockey, the state government has launched ambitious plans for football also. On Tuesday, Chief Minister Naveen Patnaik launched the state government’s ‘Football for All’ scheme for schoolkids. Under the initiative, the government would distribute 43,000 footballs in 2,000 schools across the state.

While the apparent competition between the state and the Centre to promote football is expected to give a major boost to the sport, political pundits view it as attempt at political one-upmanship in view of the elections in 2024.

Considering the frequent visits of national BJP leaders, Union ministers and party president J P Nadda, to Odisha in recent months, the saffron party seems to have turned its focus on the state. Unable to make any dent in state politics in successive elections, the national party is gearing up to take on the BJD by trying to share credit for promotion of sports from which the BJD government has been gaining mileage.

Amid all this will football eventually get its due prominence in Odisha? Or, the tussle between BJP and BJD for its promotion would be confined to election gimmicks?

Elon Musk Now A ‘Perfume Salesman’; Why Did He Change His Twitter Profile?

RTI Heading For Slow But Sure Death In Country, Say Experts In Bhubaneswar