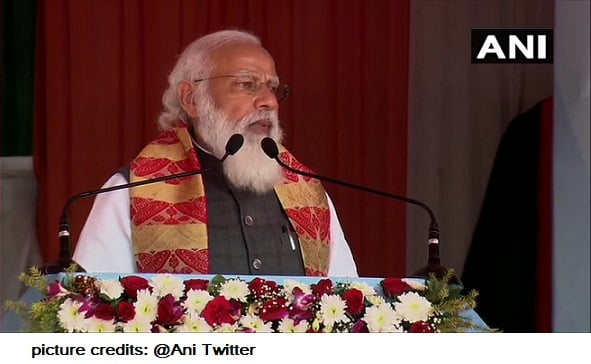 “People who are conspiring to defame India have stooped so low that they are not even sparing Indian tea,” Modi said during his whirlwind visit to Assam.

“Some documents have revealed that foreign powers are planning to attack India’s identity associated with tea. Will you accept this attack? Will you accept those praising the attackers?” Modi asked the people of Assam as he launched ‘Asom Mala’ project at Dhekiajuli, in Sonitpur district.

The ‘Asom Mala’ project is targeted at improving highways and major district roads in the state where assembly elections are due in April-May.

The PM also laid foundation stone of medical colleges and hospitals in Biswanath and Charaideo.

After his hectic Assam tour, Modi flew to West Bengal where also he will be dedicating to the nation a number of infrastructural projects.