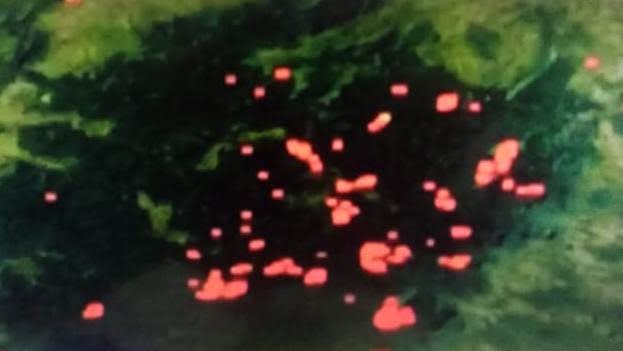 Baripada: Weeks after the forest fire in Similipal National Park in Odisha’s Mayurbhanj district was brought under control, a satellite image released by the Forest Survey of India (FSI) on Wednesday showed another outbreak in the southern division of the park.

The ODRAF team and the fire brigade along with forest staff have been engaged to douse the flame since this morning, he said.

The field director attributed it to the abnormal rise in the day temperature in the district in the last couple of days.