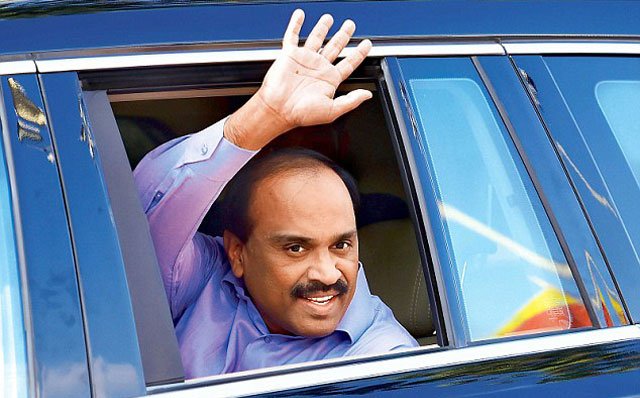 The Ballari’s mining baron was arrested along with his close aide Ali Khan after being grilled for hours at the CB office on Saturday evening.

Ali Khan, a close aid of the former minister, was also arrested.

The former Minister had allegedly received Rs 20 worth of gold to help a private firm, Ambident Pvt Ltd, in a money laundering case pursued by the Enforcement Directorate (ED).

Ambident has been accused of duping 15000 people of Rs 600 Crores via Ponzi schemes.
Its owner Syed Ahmed Fareed, had approached Reddy for help in dodging investigations launched by ED in the aftermath of cases registered by Bengaluru police this year.
The gold was allegedly transferred by Ambident through a Bellary-based jeweller Rajmahal Fancy. Ali Khan was the negotiator.

Reddy was rumoured to have fled the city a while back. He, however, released a video message stating that he was not absconding.

The former minister was out on bail after having spent three years in jail on charges of corruption.