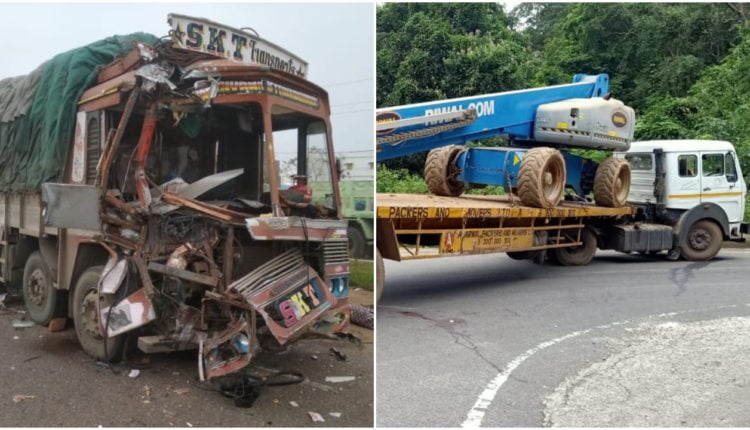 Berhampur: Accidents have claimed two lives each in Odisha’s Ganjam and Rayagada districts in the last 24 hours.

Driver and helper of a truck died after it crashed into another truck at Haldiapadar Square on the National Highway 16 in the early hours of Saturday.

According to sources, the two were rescued in a serious condition by the local and admitted to MKCG Medical College and Hospital in Berhampur. But they died subsequently.

Golanthara police later seized the two bodies and sent them for postmortem. The identity of the victims is yet to be ascertained.

The severely damaged truck had a Tamil Nadu registration plate and was on its way to Andhra Pradesh from Bhubaneswar.

On Friday night, two persons were crushed to death under wheels of a trailer in Rayagada district.

The deceased have been identified as Shantanu Mandangi and Shiva Mandangi. They were natives of Dumuripadar village under Narayanpatna police limits in Koraput district.

The accident took place while the two were returning to Koraput from Rayagada on a motorcycle, which skidded under the 14-wheel truck. Rayagada police recovered the bodies and sent those to the district headquarters hospital for post-mortem.