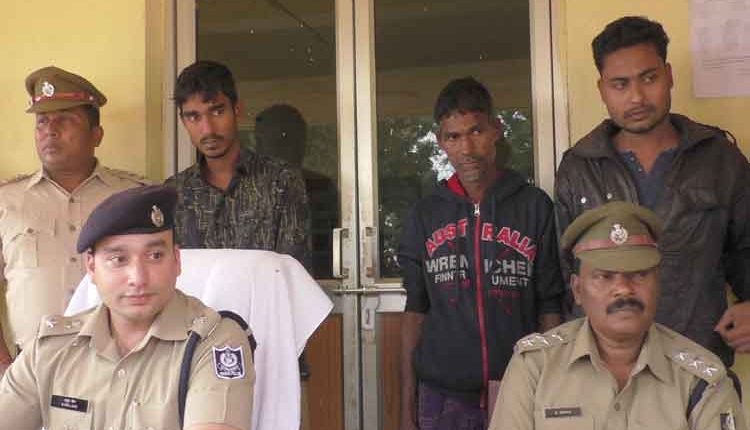 Deogarh: Police on Saturday arrested four accused including three members of a family in connection with the brutal murder of a woman and her two children on October 17.  Their bodies were exhumed from Jhanjari reserve forest near Balinali village under Barkote police limits in Odisha’s Deogarh district on November 8.

The arrested have been identified as Bikram Pradhan, (prime accused) his mother Rupeli Pradhan, father Somnath Pradhan and his friend Amar Samal.

Talking to mediapersons, Deogarh SP Rahul Jain said Bikram, a resident of Badtaila village, was in love with a woman of another caste from Brajarajnagar in Jharsuguda district and eventually married her. However, due to his inter-caste marriage, the marriage of his younger brother Chinmay could not be solemnized. To facilitate his marriage, Bikram and his family members decided to eliminate his wife.

‘As planned, Bikram took his wife, his four-year-old son and three-month-old daughter to the Balinali reserve forest on October 17 where he killed them by slitting their throat with a sharp weapon. After killing them, he buried them in a pit,” the SP added.

He said the police are on the hunt for Chinmay who is absconding.

UU Platinum Jubilee: Nostalgia Apart, Betterment Of Odisha Should Also Be On Agenda