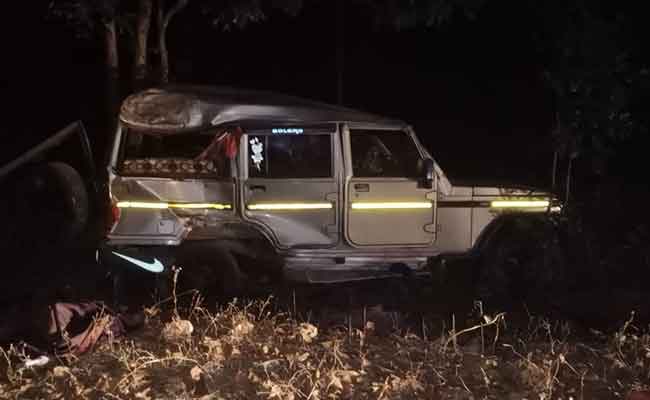 Keonjhar: Four persons were killed and four others seriously injured when a Bolero jeep in which they were travelling rammed into a tree near Somagiri under Pandapada police limits in Keonjhar district on Wednesday night.

Sources said the eight persons were from Tentapasi village in Mayurbhanj district. They were on way to purchase cattle from a weekly haat at Jirang in Harichandanpur block in Keonjhar district in the night when the driver lost control of the vehicle. The SUV hit a tree and fell into a ditch near Somagiri, killing four persons on the spot.

Following information, Pandapada police rushed to the spot and admitted the four injured persons to the district headquarters hospital where the condition of two persons is stated to be critical.

While the identities of the deceased are yet to be known, the injured were identified as Mata Naik, Surendra Marandi, Rebati Raj and SK Kamar.

Efforts are on to trace the absconding driver, police said.