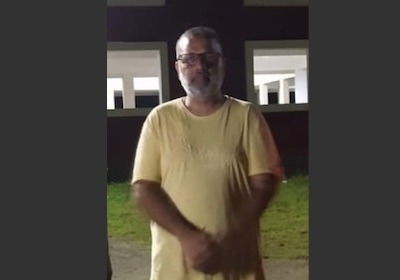 Bhubaneswar: In another development in a fraud case involving Odyssa Home & Commercials Pvt Ltd, a real estate company in Odisha capital, the Economic Offences Wing (EOW), Bhubaneswar, has arrested one of its directors Manoj Kumar Panda.

Manoj was arrested from Annavaram in Kakinada district of Andhra Pradesh on Saturday. He was produced before Judicial Magistrate of 1st Class Court of Prathipadu, East Godavari and brought on transit remand to Bhubaneswar to be produced before the OPID Court, Cuttack.

Last month, the Bureau of Immigration (BoI) issued a lookout circular against Manoj on the request of the EOW which mentioned that he was absconding after it started an investigation into a fraud case against the real estate firm.

The EOW had registered the case on the basis of a complaint filed by Ranjan Kumar Mohapatra, an employee of TCS, alleging that the directors of the firm had duped him and many other investors to the tune of Rs 20 crore on the pretext of providing them dispute-free flats in its apartment project, ‘Ganapati Homes’, located at Sampur near Kalinga Studio in Bhubaneswar.

During the investigation, the EOW found that the directors of the firm had collected around Rs 20 crore from 42 investors from 2013 to 2016 to provide them with complete flats in their project by 2018 and necessary agreements and MOUs were also executed in this regard.

But no flat was allotted to any of the investors. Rather, in order to cheat the investors, the directors of the company knowingly lingered the process to hand over the plots and even resold seven flats to other customers. The company had cheated other investors in different projects and deliberately made multiple transactions of the flats after receiving a substantial amount with criminal intention.

It was also found that criminal cases have been registered at different police stations and complaint cases instituted in the jurisdictional courts against the directors of the firm. Manoj was heading all affairs of the company and cheated many investors in their different projects in the name of giving flats/lands.

Manoj is one of the three directors of Odyssa Homes and Commercials while Arabindo Santra is the managing director. Aurobindo has already been arrested and is in judicial custody. The other director Saroj Panda is still absconding.