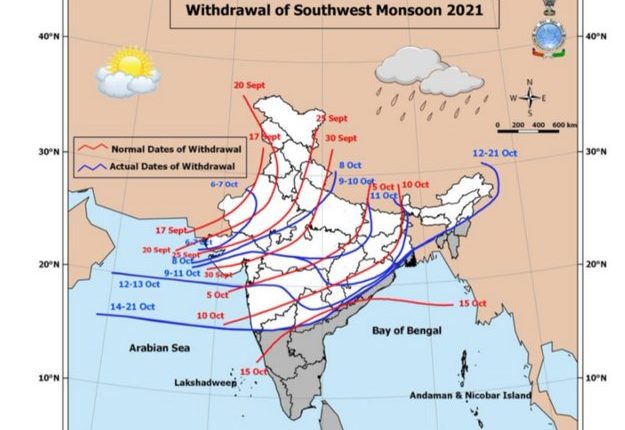 Bhubaneswar: While the India Meteorological Department (IMD) has forecast dry weather for six days from October 22, senior meteorologist Jason Nicholls on Thursday tweeted about the possibility of the formation of another low-pressure area over the South Bay of Bengal later next week.

“SW #monsoon withdrawal remains stalled but is expected to resume in the next day or two. NE monsoon expected to commence in S #India this weekend or early next week. Low expected to form in S BOB later next week, but cyclone formation not likely,” he wrote.

Dry weather is likely to prevail in Odisha till October 25 with little change in the subsequent two days.

However, it has forecast light rain or thunderstorm at one or two places in Gajapati and Ganjam during the next 24 hours.

Heavy rain had pounded Odisha after as a low-pressure area formed over Gangetic West Bengal on October 18.

The state had also experienced rain on October 16-17 when a low-pressure area was formed over the east-central Bay of Bengal and its neighbourhood under the influence of a cyclonic circulation on October 14.