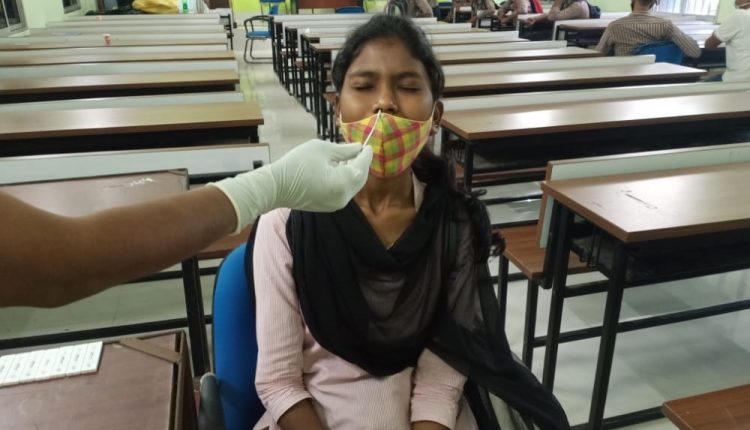 Bhubaneswar: The daily COVID-19 caseload in Odisha went up to 41 on Thursday from three on May 31. Though the state is yet to see a concerning spike, the daily numbers are slowly rising with cases being reported in two digits for the last seven days.

“Precautionary steps need to be taken as infections are rising. The health department is carrying out surveillance and officials have been directed to increase testing,” Director, Health Services, Bijay Mohapatra said.

Mohapatra also cautioned people against any complacency. “Wear masks and get yourself tested if symptoms develop,” he asserted.

Notably, India’s daily infections went past 10,000 after almost 4 months with 12,213 people being found infected in the last 24 hours. In Odisha, Khurda has been witnessing a spike in fresh cases from one on May 31 to 22 on Thursday. The state now has 177 active cases.

While health officials still claim that the situation is under control in Odisha unlike other states, the rising number may cast a shadow on Rath Yatra and Bali Jatra, which are scheduled to be held with public participation. A swarm of devotees had descended on the Pilgrim Town of Puri during Snana Purnima on Tuesday.

Safety Net: QR Code And App For Autorickshaws On The Anvil In Bhubaneswar