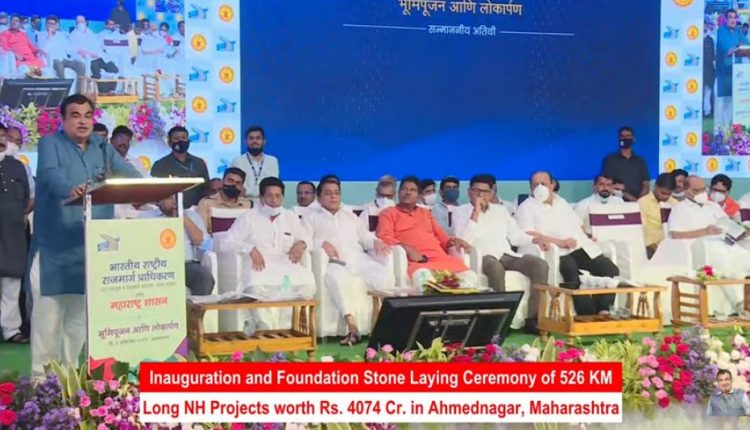 Ahmednagar: Union Minister Nitin Gadkari on Saturday made a case for ethanol being India’s preferred mode of fuel and said that all vehicles in the country should run on 100% ethanol.

Stressing on the importance of converting sugar into ethanol, the Road Transport and Highway minister said that ethanol production could save the country’s fuel.

“Ethanol is a better and cheaper green fuel than petrol. All vehicles in the country should run on 100% ethanol,” Gadkari remarked, adding that there is a need to run vehicles on electricity and ethanol like in Brazil.

“We are importing crude oil and natural gas worth Rs 12 lakh crore in our country. The Government of India has allowed ethanol pumps. So, all sugar mills should start ethanol pumps in their area,” added Gadkari.

While India needs 240 lakh tonnes of sugar, last year’s production was 310 lakh tonnes. This additional sugar of 70 lakh tonnes should be converted into ethanol, Gadkari stressed.

Gadkari informed that the Indian government is ready to enter into an Ethanol Purchase Agreement for five years, like the power purchase agreement. He further said the Centre has granted permission to produce ethanol not only from sugarcane but also from rice, maize and other grains, informed the Minister.

Bulk production of ethanol in the near future will lead to imports coming down. “Farmers will earn Rs 5 lakh crore out of Rs 12 lakh crore being spent for import of crude oil. Sugarcane will fetch good prices and farmers will no longer remain poor,” Gadkari said.

The minister asserted that the Centre is ready to set up logistics parks, industrial clusters and transport towns wherever land is provided by the state government.