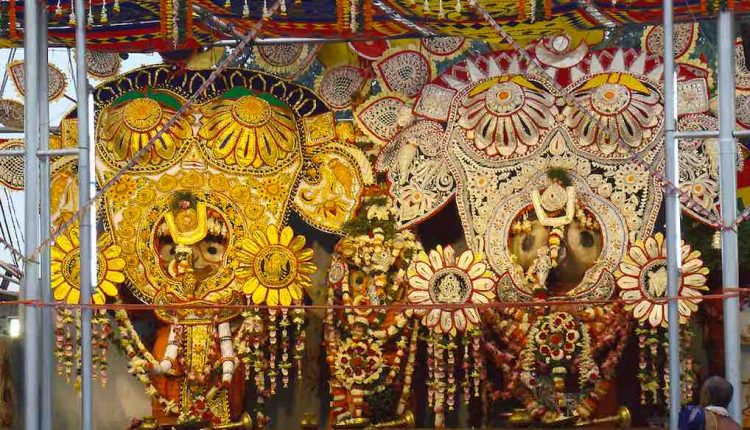 Puri: The tradition of decking up Lord Jagannath and Balabhadra in Gajanan or Hati Besha after the ceremonial bath can be traced to the Hindu belief of beginning every religious rite with a worship of Lord Ganesh. After all the ceremony is a prelude to the annual Rath Yatra.

Before Hati Besha, it is time for Snana Yatra when the sibling deities are escorted from the sanctum sanctorum to the Snana Mandap (bathing altar) in a ‘Pahandi’ (procession) after ‘Mangal Arati’. It is here on the mandap that they are given a ritualistic bath after the sevayats perform a complex set of rituals.

It takes place on a full-moon day of Jyeshtha (May-June).

Legends also has it that the Lords are dressed as Ganesha to satisfy the followers of the Ganapatya sect. A story in the book 99 Thoughts On Ganesha, by mythologist Devdutt Pattanaik, talks about the Puri temple and this particular besha.

Many centuries ago, a scholar called Ganpati Bhatta paid a visit to the court of the king of Puri. The king invited him to see the Snana Yatra but the scholar declined stating that he refused to worship any god except Ganesha. The king insisted and not wanting to upset the royal patron, the scholar very reluctantly went to see the bathing ceremony. To his astonishment, he was unable to see Krishna; in the place of Krishna was Ganesha. Even Balabhadra had taken the form of Ganesha. He realized that Jagannath who is Vishnu and Balabhadra who is a form of Shiva, in their compassion, had taken note of his wishes and taken the form of Ganesha. The scholar also realized that the differences between Ganesha and Vishnu and Shiva were all artificial and not divine. Since that day, during the bathing ceremony of Jagannath, priests place the mask of an elephant on the two brothers. This is the Hati-vesha or the elephant dress, when Krishna and Balarama become black and white elephants respectively, each a form of Ganesha. 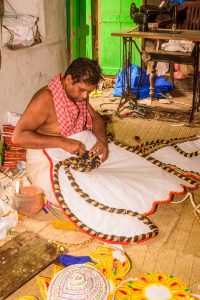 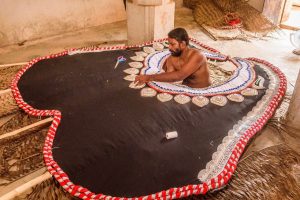 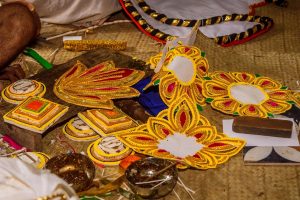 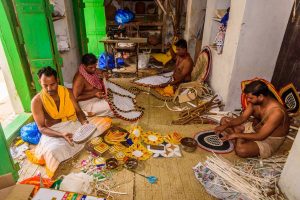 This Besha is chiefly conducted by the Palia Puspalak, Khuntia, Mekap and Daitapatis on this day. Lord Jagannath and Balabhadra assume Gajanana Besha. Raghav Das Mutt and Gopaltirtha Mutt supply the materials as per a prolonged tradition.

Lakhs of devotees throng Puri on this day to have a ‘darshan’ of the sibling deities during the ‘Sahana Mela’ period, as it is believed that it would rid them of all sins. This year, they will be allowed darshan close to the Snana Mandap (bathing alter)

Raja Fervour Back In Bhubaneswar’s Patrapada With Over 100 Swings, Meena Bazaar & Fun Rides