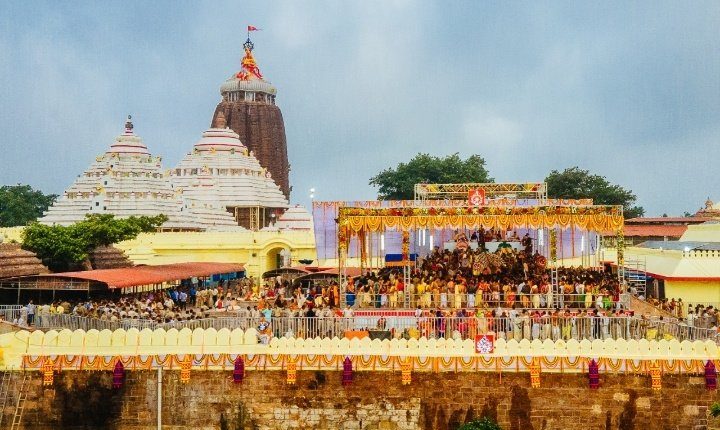 Puri: The Lords of Jagannath Temple in Pilgrim Town of Puri were given the ceremonial bath with 108 pitchers of aromatic water on the occasion of Snana Purnima on Tuesday.

As per rituals, the servitors poured 35 pots of water on Lord Jagannath, Lord Balabhadra had a shower with 33 pots of water, Devi Subhadra with 22 pots of water and Lord Sudarshan took bath with 18 pots of water brought from the well inside the Jagannath Temple known as suna kua or the golden well close to the northern entrance of the temple complex next to the Sitala Temple.

A multi-layered security cover with 52 platoons of police has been thrown around the temple for the smooth conduct of the rituals, a prelude to the annual Rath Yatra of the sibling deities.

After 2 years of COVID restrictions, devotees have been allowed to participate in the event and can have darshan of the deities close to the Snana Mandap (bathing alter). Barricades have been erected outside the temple for the smooth and disciplined movement of devotees, who are expected to gather in large numbers near the main entrance of the shrine to catch a glimpse of the divine bathing ritual of the deities.

After the ceremonial bath and Abakasa niti, the deities would appear in Gajanan Besha (elephant attire).

As per the tradition, Lord Jagannath, Balabhadra and Devi Subhadra are escorted from the sanctum sanctorum to the Snana Mandap (bathing altar) in a ‘Pahandi’ (procession) after ‘Mangal Arati’. The mandap is an elevated platform on the temple premises facing east overlooking the Bada Danda. 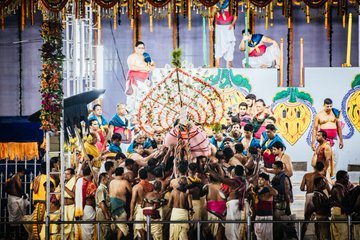 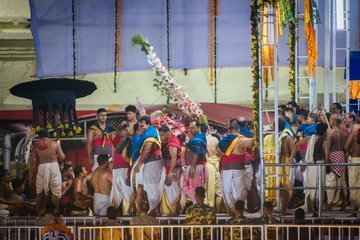 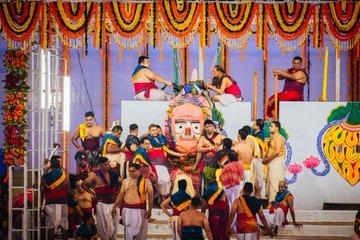 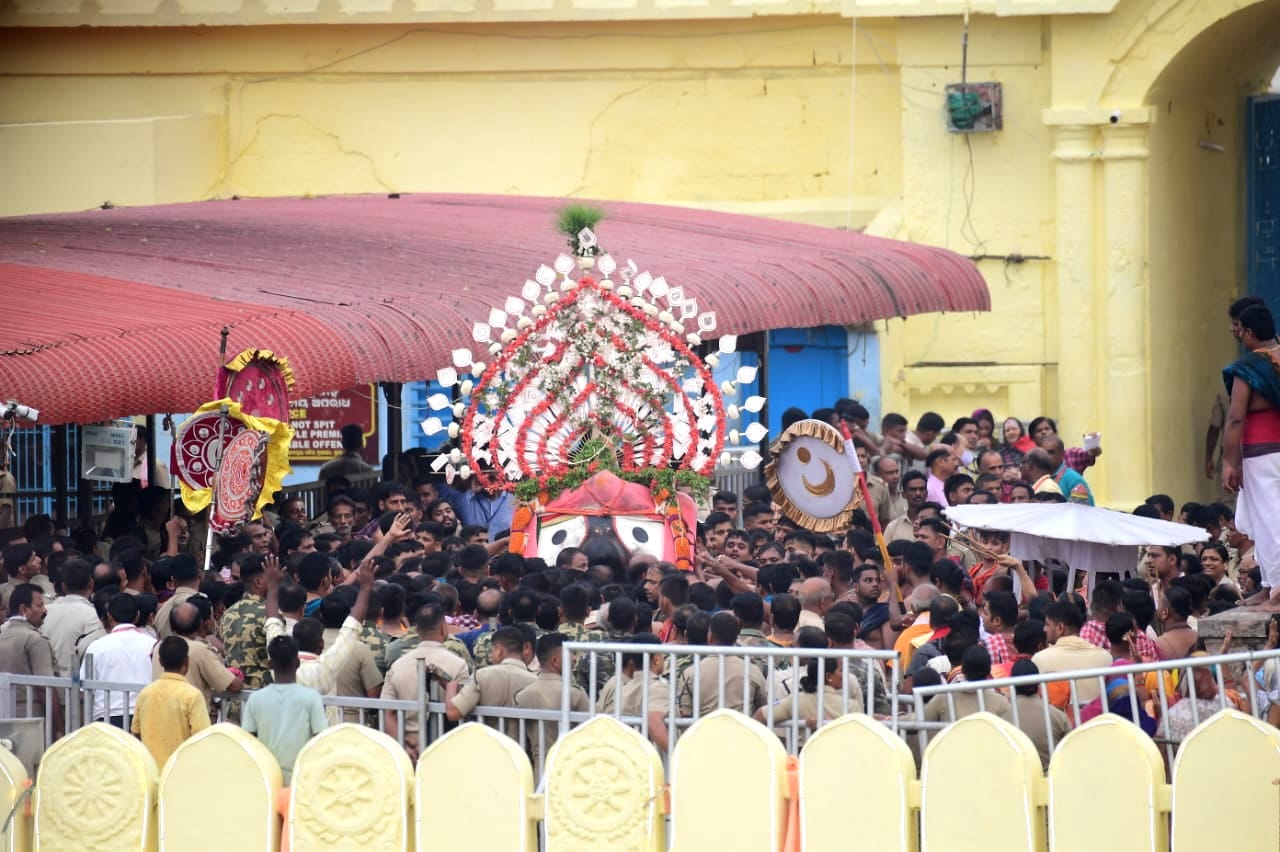 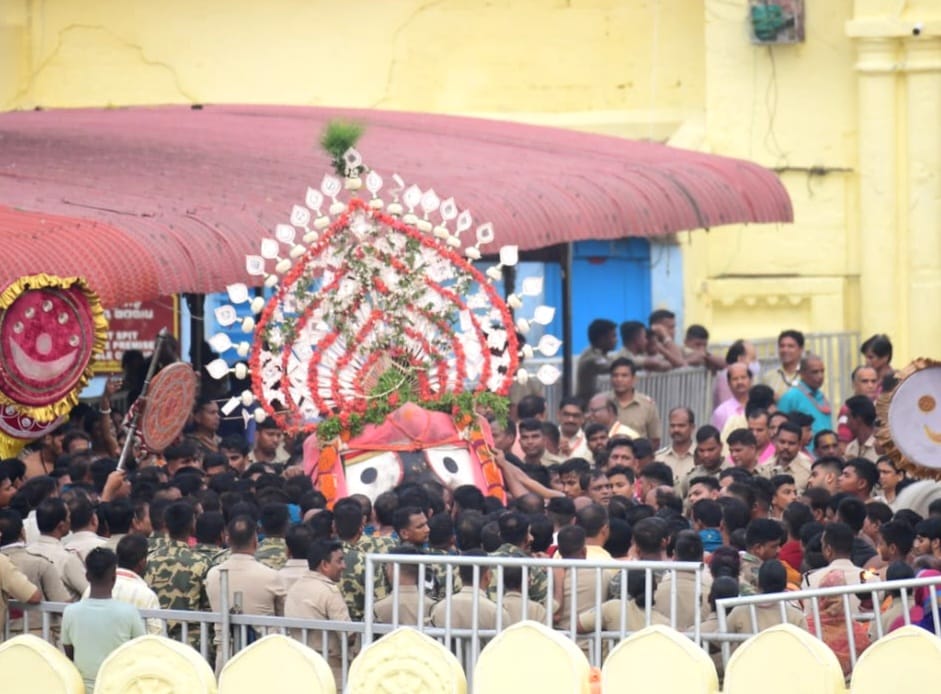 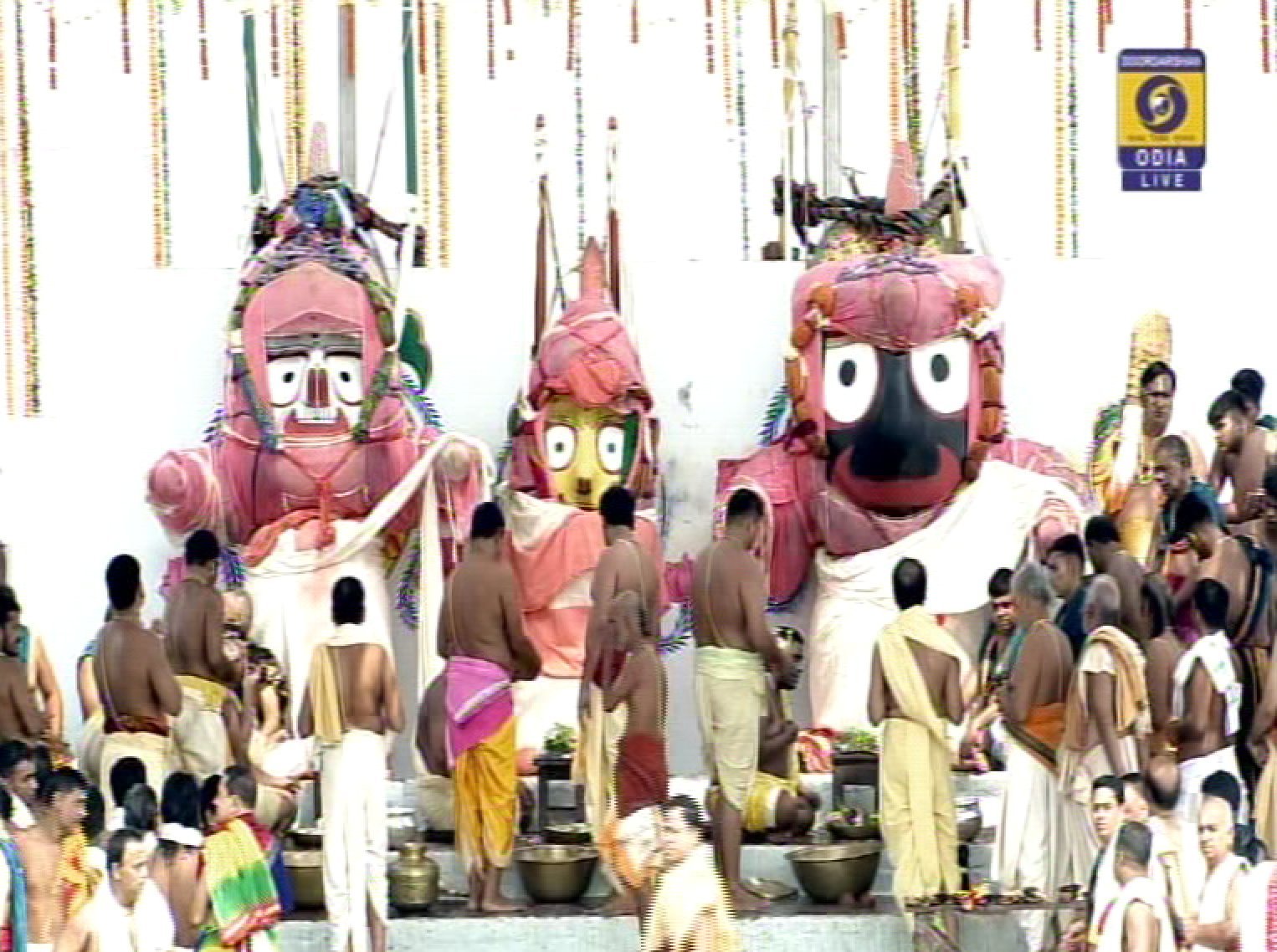 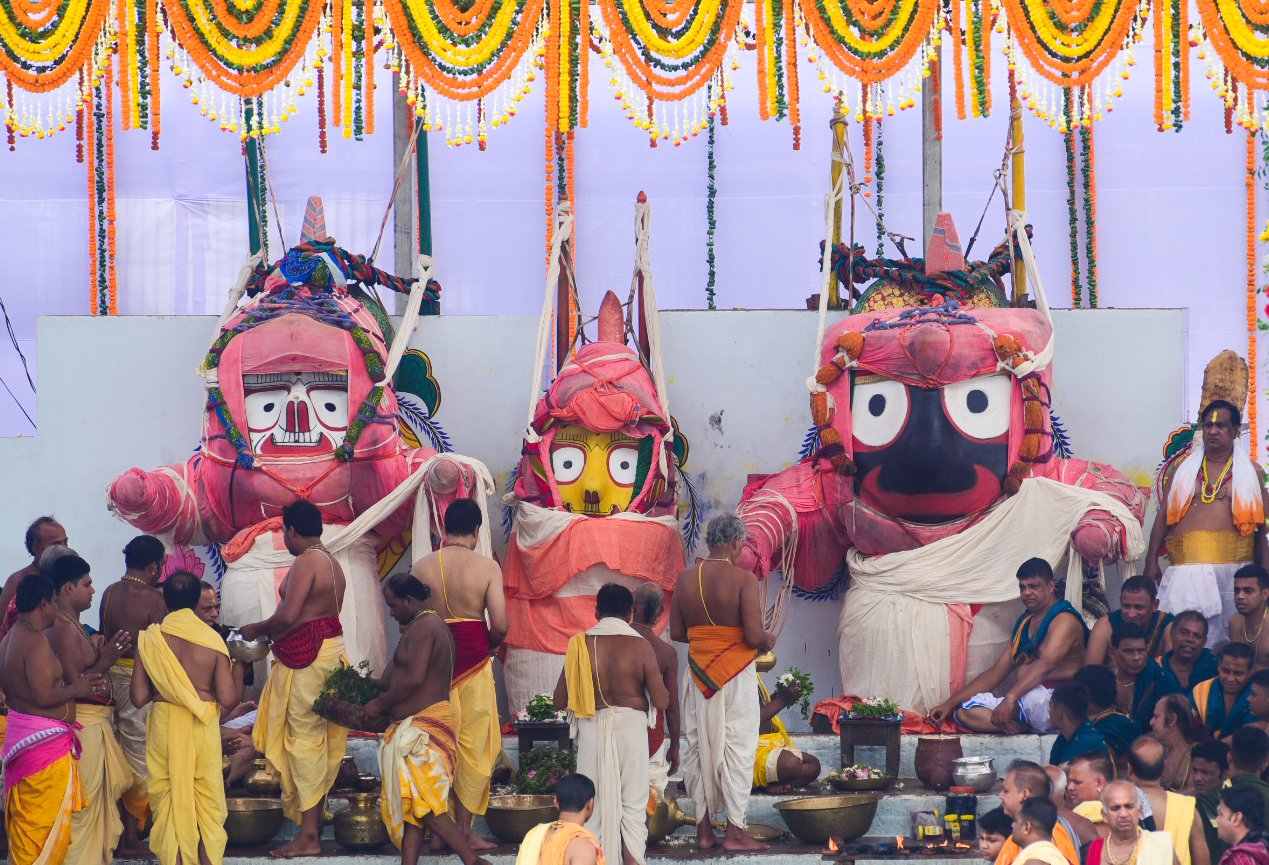 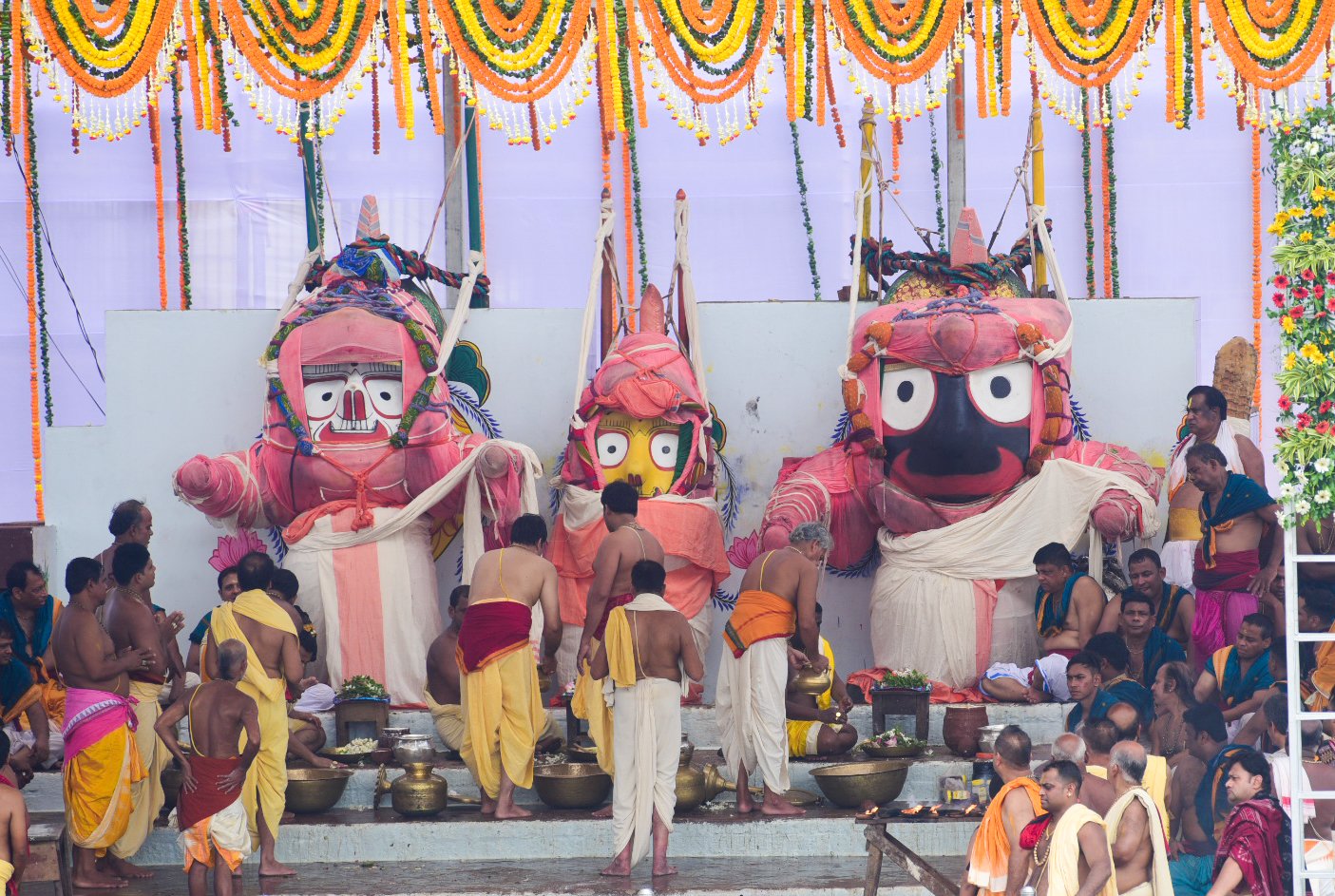 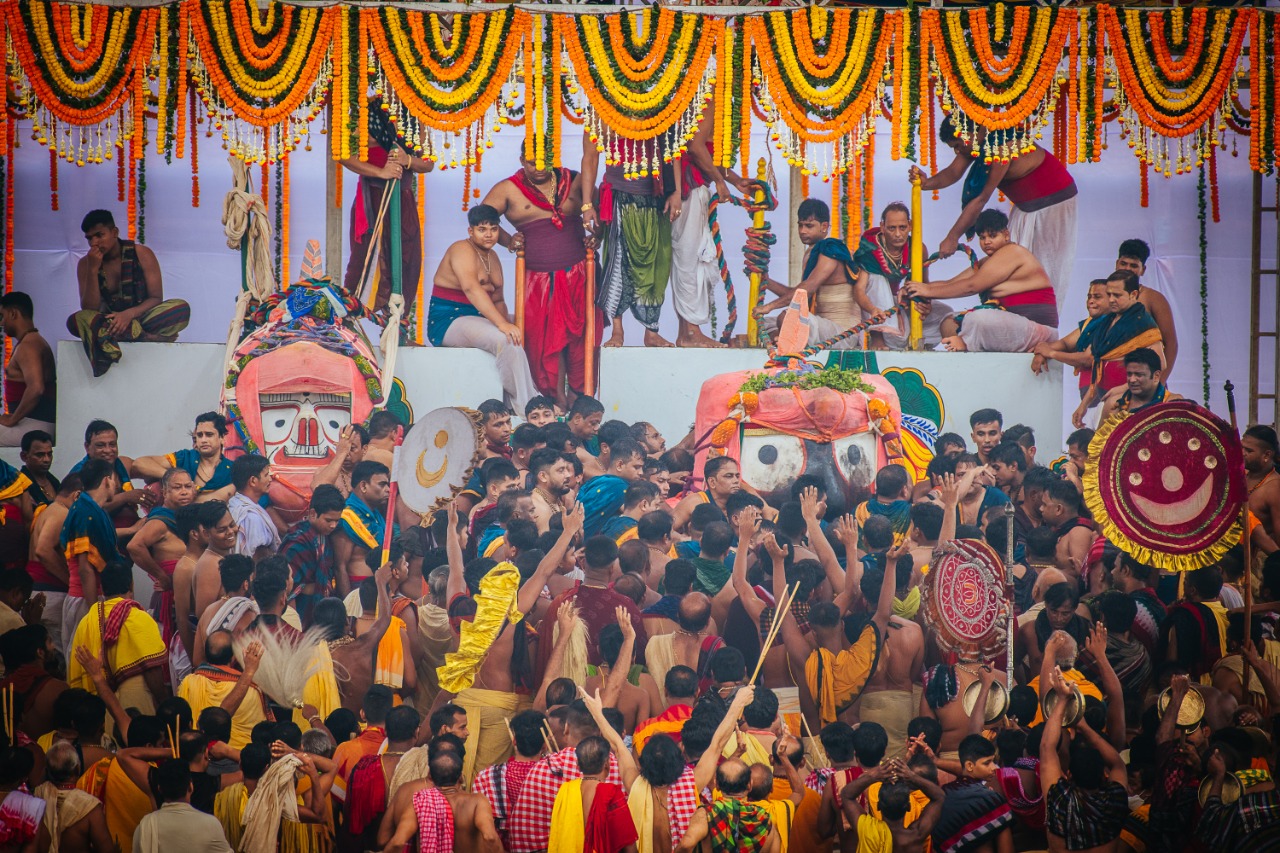 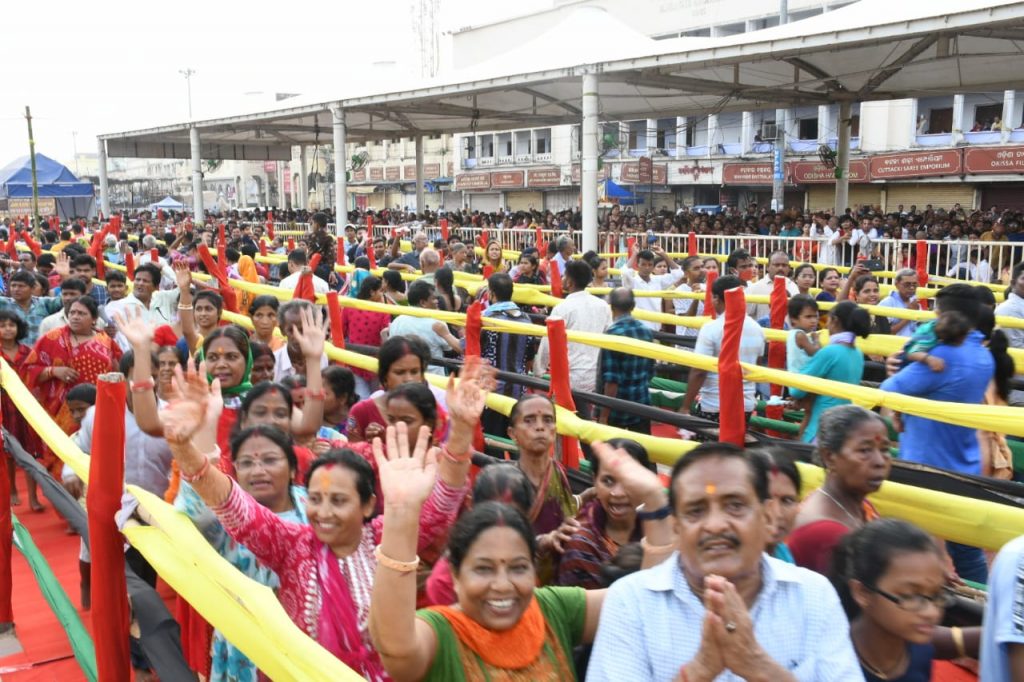