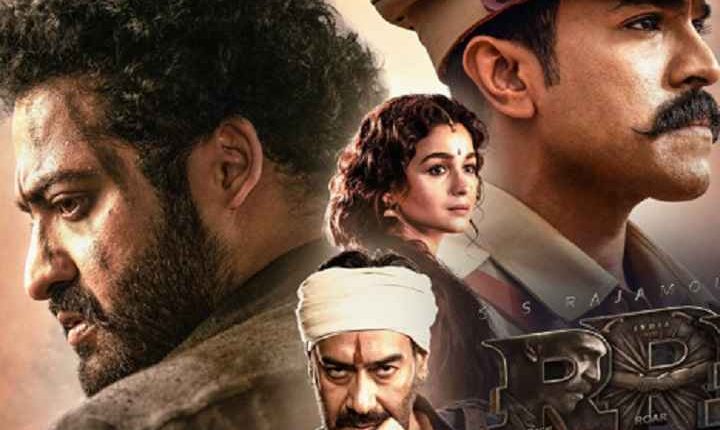 New Delhi: Game of Thrones actress Nathalie Emmanuel took to Twitter and called SS Rajamouli’s RRR a ‘sick movie.’ She soon clarified that she meant it in form of praise. Nathalie also showered praises on Alia Bhatt for her portrayal of Seetha and congratulated the team for their effort. Her review comes as RRR eyes the Oscars 2023.

“RRR is a sick movie and no one can tell me otherwise,” she tweeted. “Let me just get my bredrin on my shoulders and be the legs and they use their arms so we can just murk several armed soldiers… Also the dance off (between Jr NTR and Ram Charan) …. other than the dance itself being absolute FIRE… the translation was “Dance as tangy as a piece of raw mango” then to the Englishman,” she added.

Nathalie went on to give a series of shoutouts, including to Ally Jenny, stunt coordinator King Solomon and everyone involved in the action scenes.

“Sick as in GREAT btw,” she clarified.

Also the dance off…. other than the dance itself being absolute FIRE… the translation was 😘🤌🏽 “Dance as tangy as a piece of raw mango” then to the Englishman: pic.twitter.com/RqOdZotb2V

And Seetha the loyal 🥰 took a boot to the stomach like a G. pic.twitter.com/KYIYiUZ1Gd

RRR is a fictional tale of Indian revolutionaries – Alluri Sitarama Raju played by Ram Charan and Komaram Bheem played by Jr NTR. The film is set in the 1920s when India was under British rule. The film also stars Alia Bhatt and Ajay Devgn in key roles. The film earned close to Rs 1200 crore worldwide at the box office. It has been submitted for Oscar 2023 nomination consideration in 14 categories, including Best Actor and Best Picture. The film’s song Naatu Naatu has been shortlisted in the best song category.

Earlier it was also announced that Naatu Naatu has been nominated for Golden Globe awards under the Best Original Song category. Besides this, the film has also bagged five nominations at Critics Choice Awards. Prior to this, the music director of RRR, MM Keeravani bagged the award for Best Music Score by beating PaweÅ‚ Mykietyn for EO at the Los Angeles Films Critics Association.