Gangadhar Meher University In Odisha’s Sambalpur To Get A Facelift 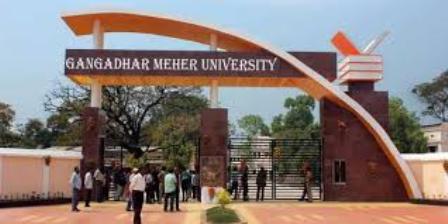 Sambalpur: The Gangadhar Meher University is set to get a facelift.

Funds from the Rashtriya Uchchatar Shiksha Abhiyan (RUSA) will be utilized to construct a guest house by demolishing the 50-year-old residential quarter of the principal, as part of the university’s infrastructure development.

According to the university’s Deputy Registrar UC Pati, a guest facility will have to be set up for visiting delegates who put up at hotels in the absence of a proper place within the university campus.

According to report in The New Indian Express, the old building is being used as office of Regional Director, Higher Education, despite it being in a dilapidated condition.

Demolition will start after the office is shifted to another location.

RUSA had sanctioned Rs 27.5 crore to the university in 2018 for various development work. The Central Public Works Department (CPWD) will execute the guest house project at an estimated cost of Rs 4.11 crore.

The foundation stone of the guest house was laid last week.

A Bhubaneswar-based firm has prepared a building plan. The guest house will reportedly have 12 rooms and two suites.

In addition to this, foundation stone was also laid for an additional floor each on top of the Odisha State Open University (OSOU) and Education department buildings in the university campus for construction of classrooms.

Around Rs 1 crore will be spent on the renovation work of the academic block, informed Pati.