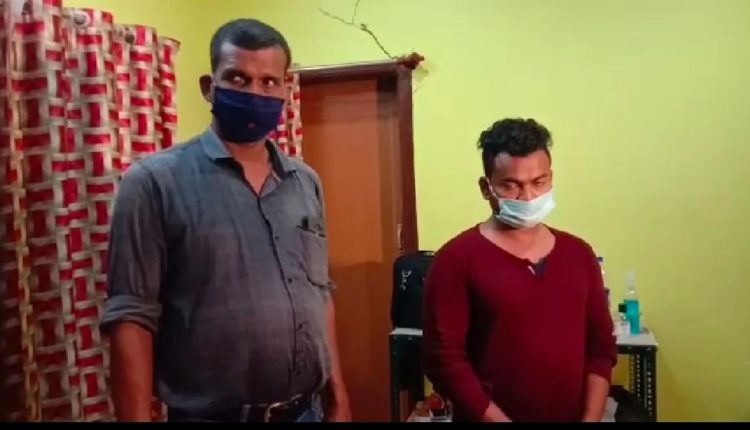 Bhadrak: Raising the heat on gangster gangs, the Special Task Force on Wednesday arrested one of the aides of gangster Tito and dreaded criminal Sk Raja.

Following reliable information, the personnel of STF and Bhadrak Rural Police raided a place near Charampa bazaar under in Bhadrak at around 2 pm and arrested Sk Raja. A native of Kendrapada, Raja was staying in Purunabazaar and has several criminal cases pending against him.

The raiding personnel also seized a country-made pistol, live bullets, a motorcycle and other incriminating materials from his possession.

A case under the Arms Act has been registered at Bhadrak rural police station.

Earlier on the day, Sudhir Swain, a sharpshooter and a close associate of the dreaded gangster Tapu was arrested in an arms smuggling racket from Cuttack.