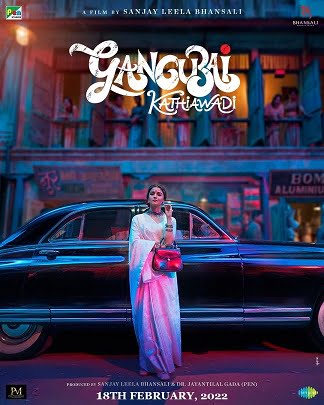 New Delhi: ‘Gangubai Kathiawadi’ was submitted in categories like ‘Best Film’, ‘Director’, ‘Adapted Screenplay’ and ‘Leading Actress’, but it failed to make the cut. On the other hand, SS Rajamouli’s ‘RRR’ has made it to the ‘Film Not in English Language category at the ‘British Academy Film Awards (BAFTA). This Ramcharan and Jr NTR starrer also had Alia in an extended cameo.

Other films in this category apart from ‘RRR’ are – ‘Argentian, 1985’, ‘Close’, ‘Decision To Leave’, ‘The Quiet Girl’ amidst more. These longlists for all categories were announced on Friday while the final nominations will be out on January 19.

Sanjay Leela Bhansali had done an intensive campaign for ‘Gangubai Kathiawadi’ for all the categories at BAFTA.

Gangubai Kathiawadi was the first real Hindi blockbuster released after the pandemic and grew to become one of the most cherished movies of 2022.

Gangubai may have lost the race at BAFTA but not Alia Bhatt. The head curator of the British Film Institute National Archive, Robin Baker took to social media and praised Gangubai Kathiawadi as he also requested BAFTA and Academy awards to watch it. He wrote “If I was a member of BAFTA or the Academy (I’m not), this year I would be voting for Alia Bhatt as Best Actress for her performance in GANGUBAI KATHIAWADI (Sanjay Leela Bhansali, India, 2022). She plays a prostitute turned underworld brothel madam turned campaigner for sex workers’ rights, and the joy of her performance is how she grows as her character develops.

The film is big, brash, sentimental and hugely enjoyable, but Bhatt is sensational. There’s the additional pleasure of the film’s classic Hindi cinema references – from Gangubai’s love of Dev Anand to scenes of cinema-going in the 50s and 60s to the numerous film posters lining the streets around Bombay’s red light district. Here’s what he wrote on Instagram.

Earlier, Bhansali’s ‘Devdas’ was nominated at the BAFTA in 2003. Other films that made it to BAFTA nominations include Richard Attenborough’s Gandhi and Mira Nair’s Salaam Bombay.

NHRC Seeks Reports From 3 States, Centre & Railway Board On Human Trafficking Via Odisha