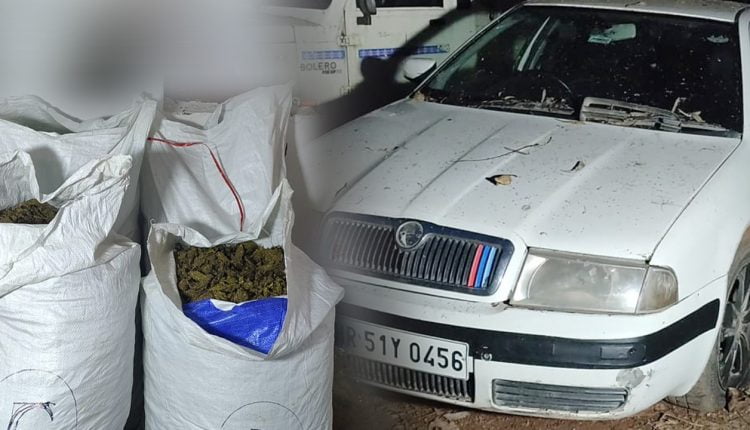 Koraput: A Haryana-bound vehicle transporting marijuana estimated to be worth Rs 10 lakh was intercepted by Machkund police on Monday morning.

Inter-state ganja smugglers have become active in recent times and the interception of the huge quantity of contraband in Kangarpada area has opened up clues to the involvement of a huge ganja smuggling racket.

The police suspect smugglers in Delhi and Haryana are doing brisk business in marijuana trade. The police, on specific inputs, have intercepted the car from Haryana (HR 51 Y 0456) at a forest near Kakalpada and seized one quintal of ganja from the vehicle.

However, the smugglers managed to flee the spot. The seized marijuana is estimated to be more than Rs 10 lakh, said Nandapur sub-divisional police officer. Efforts are on to nab the accused, he added.

Meanwhile, Congress leader Tara Prasad Bahinipati has suggested that although the police managed to seize vehicles containing ganja, no one is able to track the real culprits behind the smuggling.

Women Run Over By Speeding Vehicle Driven By Cop, One Dead