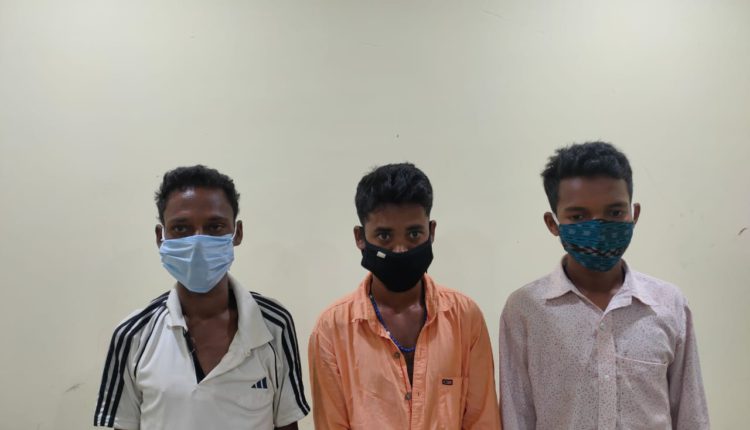 According to STF sources, the raid was conducted on specific inputs and the car was intercepted on NH-16 near Khandagiri Square. A preliminary investigation revealed that the trio had procured the contraband from Mohana area in Gajapati and it was being smuggled to Kolkata.

The arrested have been identified as Prasanta Majhi, Sujay Majhi and Prasanta Gamango (driver) and they have been booked arrested under Sections 20 (b), (ii), (C) and 29 of NDPS Act.

You Are Sacked: Who Called Odisha MP Pratap Sarangi With Bad News On Cabinet Ouster?

Snake Or Shortage of Anti-Venom Vials? What Killed Lioness Of Bhubaneswar’s…