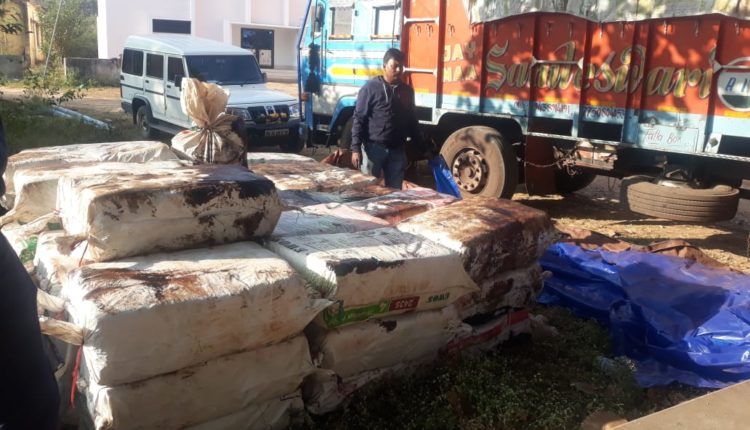 Bhubaneswar: The Special Task Force Of Odisha Crime Branch on Wednesday seized over 2 tonne of ganja from a truck in Rayagada district.

Acting on intelligence inputs on transport of contraband, the STF team conducted a raid on a place near Tikarpada Harijan Sahi in Muniguda. They seized the ganja packed in several plastic bags, a truck and other incriminating materials from the spot.

The contraband, estimated to cost more than Rs 1 crore, was being smuggled to Kantamal in the truck. The driver and helper of the truck and the persons involved in the illegal trade managed to escape, according to a press release.

However, the accused persons have been identified and would be arrested soon, the release added. This is claimed to be the biggest seizure of ganja in the state in recent times.

COVID-19 Vaccine Not Mandatory For All Health Workers In Odisha: DMET