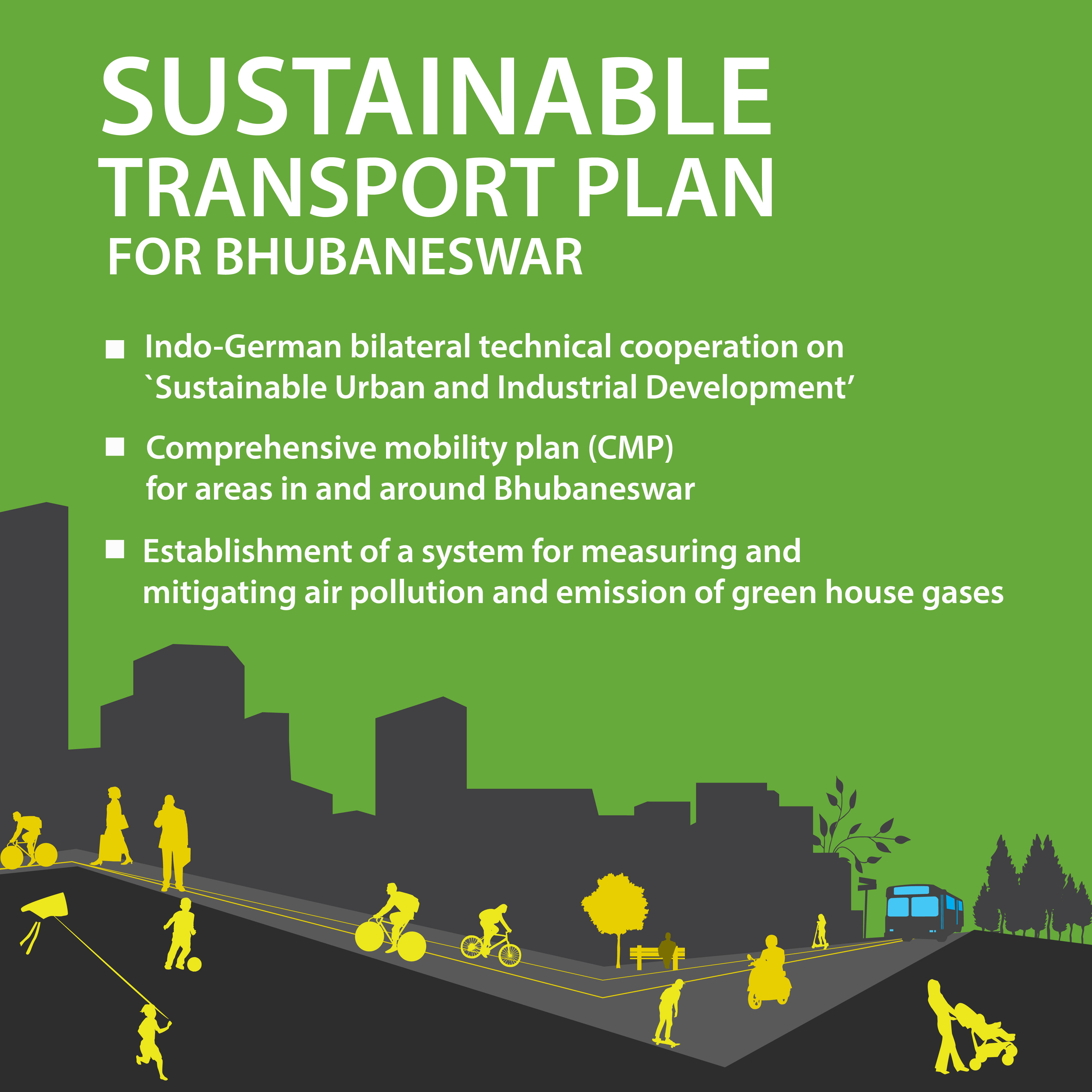 Bhubaneswar: The State Housing and Urban Development Department (H&UD) and the Bhubaneswar Development Authority (BDA) in collaboration with German funding agency German Corporation for International Cooperation or GIZ, will prepare a city-wide, holistic master plan for non-motorised transport (NMT) focussing on low-carbon urban transport. Based on this eco-friendly master plan, measures would be selected for which the project could provide technological support.

Titled as SMART-SUT (Smart Cities-Sustainable Urban Transport), the futuristic project will be implemented in three cities in India,namely, Bhubaneswar, Coimbatore and Kochi. At the national level, GIZ is implementing it with Ministry of Housing and Urban Affairs. The project forms part of the focal area of Indo-German bilateral technical cooperation ‘sustainable urban and industrial development’.

The memorandum of understanding (MoU), which will be signed on December 8 in New Delhi, will work towards preparing a comprehensive mobility plan (CMP) for the metropolitan development area. BDA planning member Sudhiranjan Mohanty will represent the development authority for signing of the implementation agreement. Senior GIZ officials, German Ambassador and Housing and Urban Development Minister would be present at the ceremony.

According to the official sources, preparation of boundaries,including possible integration of nearby urban local bodies like Cuttack and Puri, under the metropolitan development area relevant for the CMP need to be decided.

In the future there is also a plan to implement the Temple City in the German-French initiative of Mobilse Your City (MYC) programme as part of this cooperation project. The project would also involve operationalisation and implementation of the Unified Metropolitan Transport Authority (UMTA), proposed to cover the three cities.

While BDA will implement the project, in close association with BMC and Bhubaneswar Smart City Limited, GIZ experts will prepare the project operational plan. H&UD hand shall involve BDA and other stakeholders to participate in the state and national level project steering committees, as required by the Union Ministry of Housing and Urban Affairs.

Though the project activities would be primarily within the metropolitan development area of the city, the technical collaboration will also cover various interventions for improving planning and implementation of urban transport in line with other ongoing national urban development missions and policies such as Smart Cities Mission (components like IT-based transport solutions, NMT and last mile connectivity), Atal Mission for Rejuvenation and Urban Transformation, Urban Transport Policy and specific state programmes and policies.

The project activities will be mainly covering three basic components i.e., support to planning and implementation of sustainable urban transport projects; support to strengthening institutional capacity for regulating; and, streering and planning urban mobility and learning and exchange formats with other cities for exchange of ideas on best practices.

The project would also work towards establishment of a system for measuring and mitigating air pollution and emission of green house gases and the overall planning and management of urban freight was identified as potential future topic for the extension of the project.

Disburse Pension In Odisha Under NSAP In Cash: Naveen To Modi

BDA To Make All Post-Allotment Processes Online In Odisha…