Germany To Lift Restrictions On Gay Blood Donors; What Is India’s Stance On The Subject? 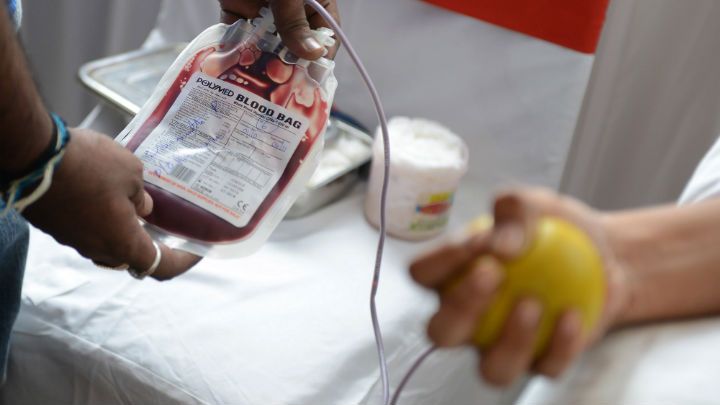 According to current guidelines from the German Medical Association (BAK), men who have sex with men are only allowed to donate blood if they have not had “a new or more than one sexual partner” in the past four months. Other people are assessed on whether they are “frequently changing partners”. The rules date back to the HIV/AIDS epidemic in the 1980s, when gay men were thought to carry a higher risk of passing on the virus. Under the new rules, potential donors will be assessed only on the “basis of the individual behaviour of the person willing to donate”, according to RND. An amendment to the law will come into force on April 1, after which the BAK will have four months to come up with new guidelines, the report said.

What is India’s stance on the subject?

Under the current rules, transgender people, men who have sex with other men, and female sex workers are permanently prohibited from donating their blood. The guidelines consider these people to be in the high-risk category for HIV/AIDS infection.

In 2009, Hindustan Times reported how leading private hospitals in the Capital shun same-sex donors, while the government-led ones don’t show any such prejudice. In fact, one of the private hospitals bans homosexuals outright by listing homosexuality as a disease along with others that make people ineligible from donating, such as heart disease, jaundice, tuberculosis, HIV, and diabetes.

Calling the ban ridiculous, Sujatha Rao, Director General of the National AIDS Control Organisation was quoted as saying that according to the National Blood Policy, any healthy person between the age of 18 and 60 years can donate blood. The idea is to encourage safe blood donation and not stigmatise it. She said the only ones who could not donate were people with infections such as malaria, hepatitis or HIV and with chronic conditions.

The plea challenged Clauses 12 and 51 of the general criteria under the Guidelines on Blood Donor Selection and Blood Donor Referral, 2017, issued by the Ministry of Health and Family Welfare. The plea contended that such exclusion, on the basis of gender identity and sexual orientation, was “completely arbitrary, unreasonable, and discriminatory and also unscientific”.

“In fact, all blood units that are collected from donors are tested for infectious diseases including Hepatitis B, Hepatitis C, HIV/AIDS,” it stated. Therefore, permanently excluding certain people and categorising them as high risk only on the basis of their gender identity and sexual orientation is violative of their right to be treated equally as other blood donors, it said.

The plea added that the Centre should base its guidelines on actual and perceived risk, and not on the basis of one’s identity. It is also averred that the current rules violated the settled position of law that discrimination cannot be made on the basis of gender identity and sexual orientation. It also pointed out the difficulties faced by the transgender community during the coronavirus pandemic, when many trans people were unable to receive blood from their trans relatives as a result of the guidelines.

On these grounds, the plea argued that the current guidelines violated Articles 14, 15 and 21 of the Constitution of India, which give citizens the right to equality, prohibit discrimination on the grounds of religion, race, caste, sex or place of birth, and one’s right to life and personal liberty.

India famously decriminalised homosexuality (S 377 of the Indian Penal Code) in the historic judgement Navtej Singh Johar vs. Union of India on September 6, 2018. Earlier in 2014, transgender people were recognised as the third gender in the decision National Legal Services vs Union of India.

Transgenders vs HIV and blood donation

India’s Guidelines for Blood Donor Selection and Blood Donor Referral prohibit transgender people and gay men from donating blood, classifying them as persons ‘at risk’ of infections including HIV-AIDS. However, statistics show a declining trend in HIV prevalence in India, with the total number of people living with HIV estimated at roughly 2 million.

Government data for 2012 shows that there were 2.5 million gay men in India. However, activist groups argue that this figure is vastly underestimated, with the real population being around 135 million. The discrepancy exists because the government’s data was compiled years before homosexuality was decriminalised. In making a comparison between the LGBTQIA+ statistics and the HIV statistics in India, the likelihood of gay men or transgender people proving a safety risk to blood donation is negligible. Rather, this ban constitutes group discrimination, violating Article 14 of the Constitution, which guarantees the right to equality, according to an article in Oxford Human Rights Club.

As every unit of donated blood must already be screened for transferable diseases like HIV and Hepatitis, the existing Blood Donation guidelines are simply a systematic means of prejudicing the community against the LGBTQIA+ people, denying them the enjoyment of equal rights as against the rest of the population, it adds.

Mercury Drops Below 10°C At 14 Places In Odisha; Chill To Return Again Later This Month