Girl With BTech Degree ‘Dies By Suicide’ In Odisha Capital 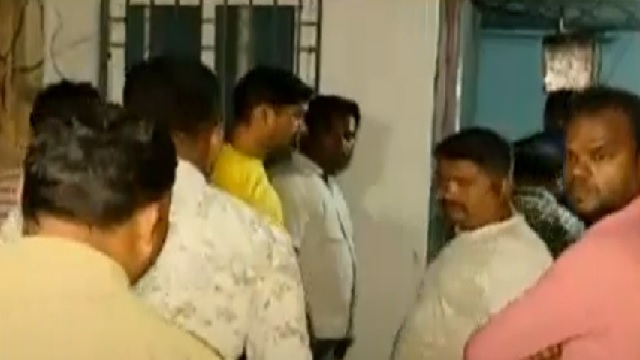 Bhubaneswar: The Odisha capital has been witnessing a rise in suicide by death cases and Wednesday night saw a Btech pass-out allegedly taking the extreme step in Railway Colony at Chandrasekharpur.

The deceased has been identified as RN Niyati Nayak (24). Her father works as a Signal Section Engineer and her mother is a doctor. Niyati completed her B Tech from Veer Surendra Sai University of Technology (VSSUT), Burla.

According to sources, Niyati allegedly hanged herself to death from a ceiling fan with the help of a dupatta when her family members took her ailing younger sister to hospital for treatment.

On being informed, Chandrasekharpur police arrived at the spot and recovered the body. An investigation was initiated to ascertain the exact cause behind her death. The postmortem of the engineering student is likely to be conducted on Thursday.

It is suspected that she might have taken the extreme step due to some family dispute. The statement of family members and neighbours may also be recorded on Thursday. Niyati’s mobile has been seized from the spot, said sources.

This comes close on the heels of another incident at Airfield police limits area in Bhubaneswar late on Sunday evening where a nursing student allegedly hanged herself to death inside her hostel room.

In another case, a married woman identified as Subhashree Mohapatra allegedly committed suicide by hanging herself inside her house in Shastri Nagar locality of Bhubaneswar

Similarly, a software engineer Sweta Kumari allegedly hanged herself to death at her apartment after being ‘betrayed’ by her boyfriend Soumyajeet. The case is still under investigation.