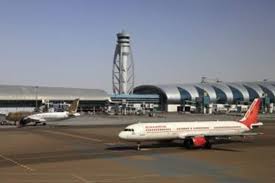 All flight operations at Goa’s Dabolim International Airport have been suspended for two hours after a detachable fuel tank attached to a MiG-29K aircraft fell on the runway, spilling fuel and causing minor damage to the landing and take-off strip, Outlook magazine quoted an AAI spokesperson as saying.

“Due to jettisoned fuel tank on the runway during MiG sortie the operations are closed for two hours at Goa airport. Pl bear with us,” Airport Authority of India (AAI) Goa tweeted on its official Twitter handle on Saturday afternoon.

An airport spokesperson said Indian Navy personnel were at the site, cleaning and repairing the stretch.

Monsoon Likely To Arrive In Odisha On June 15