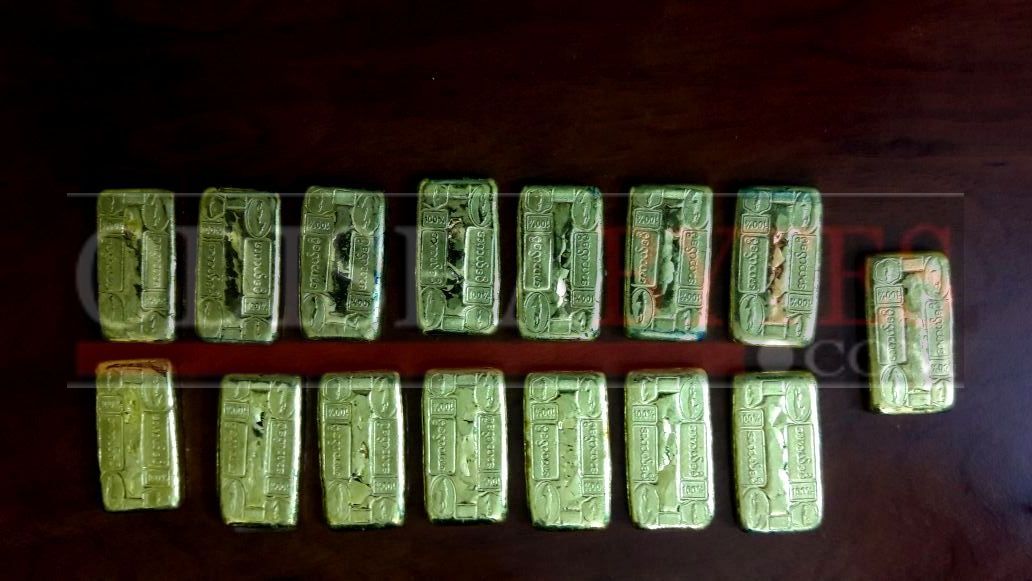 Khurda: In a major haul, a team of officials of the Directorate Of Revenue Intelligence, Hyderabad Zonal Unit, on Sunday seized gold biscuits worth Rs 77 lakh from a super fast express train at Khurda Road Railway on Station and arrested a passenger.

Acting on a tip-off, the team intercepted a passenger travelling from Guwahati to Chennai in Santragachi-Chennai Super Fast Express train at Khurda Road Railway Station at about 8.50 PM and seized 15 gold biscuits weighing 2494.97 grams which he had hidden in the pockets of his inner vest and shoes.

“The arrested passenger was trying to smuggle the gold into India has been arrested,” he said adding that the smuggled gold has been seized under Customs Act, 1962.