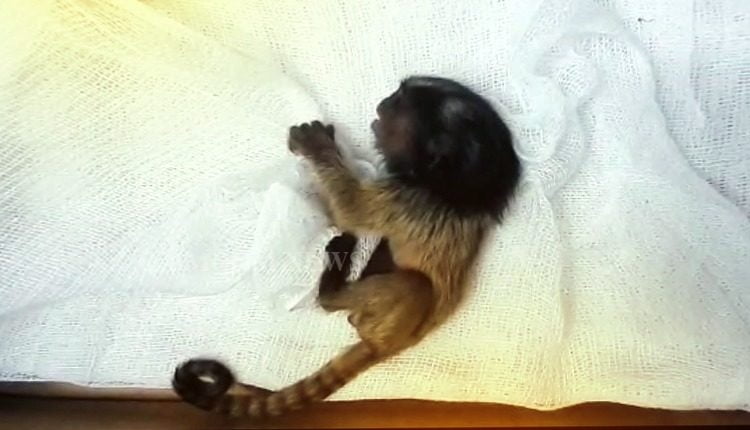 Bhubaneswar: Here is some news to make everyone smile! A marmoset gave birth to two babies at Nandankanan Zoological Park in Odisha capital.

The animal gave birth at enclosure number 54 on Saturday. As luck would have it, only one is healthy and the other one was stillborn, said zoo officials.

Marmosets (family Callitrichidae) look more or less like squirrels. A marmoset is a tree-dwelling primate that moves in a quick and jerky manner. Its claws on all the digits except the big toe aid them in scampering along branches where they primarily eat insects, fruits and tree sap.

A marmoset is active during the day and lives in small groups. The gestation period is four to six months, depending on the species.