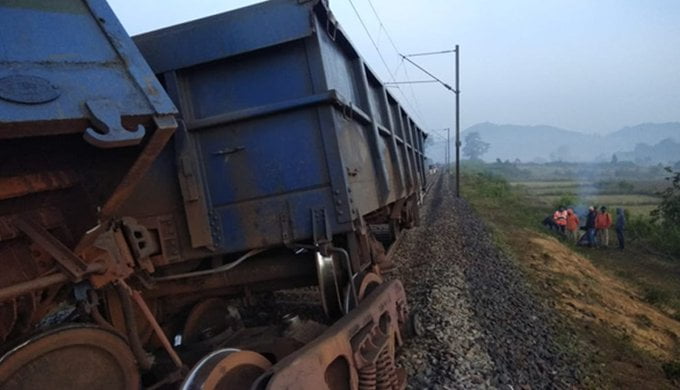 Jeypore: Senior Railway officers have begun the work to clear the track near the Manbar railway station where a goods train derailed late on Monday night.

Railway sources said that the goods train carrying iron ore from Kirandul in Chhattisgarh was on the way to Visakhapatanam when 12 wagons derailed near Manbar station between Koraput and Jeypore.

Senior railway officials rushed to the spot to clear the track.

Till reports last came in, the railway communication on this route will be cleared in a couple of hours.